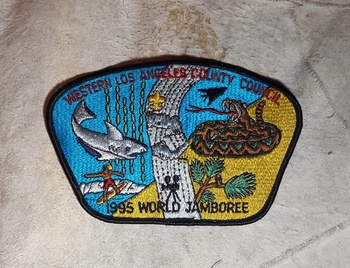 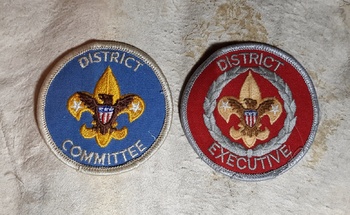 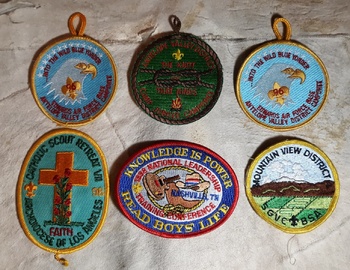 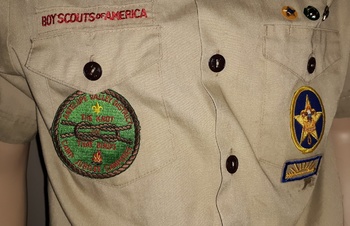 Got a bag of Boy Scout Patches on my last outing. I generally prefer the rank and position patches but I take what I can get. OK I like council patches too.
First up is a Western Los Angeles County Council patch. And the patch pretty much covers western Los Aneles County. That is where the movie studios are, the beaches (sharks not so much) and even pine trees in the mountains to the north. I think the plane would represent the Palmdale area. Also lots and lots of brush covered hills with lots of rattlesnakes.
Next some position patches for the adults. Official district patches.
Photo #3 are camp patches featuring some with the loop that goes over the button on the chest pocket. The right pocket is where those can be worn. This is one of the few areas where there can be some personalization on the uniform and that right pocket is the place. Thus the easily changed button loop patch. See figure 4. Figure 4 sounds much more official than photo 4. 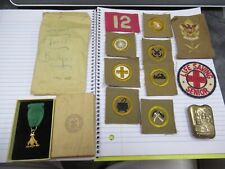 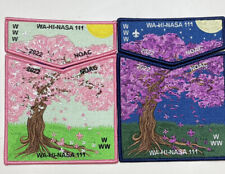 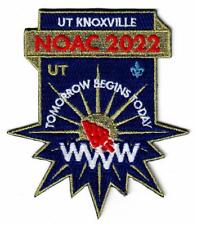