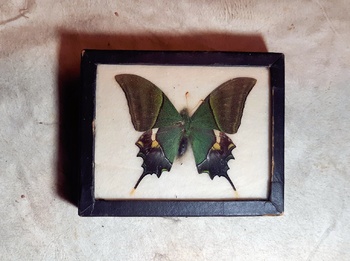 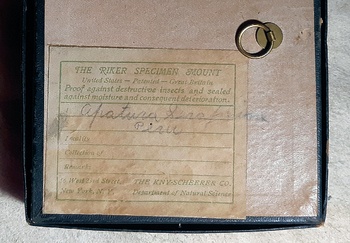 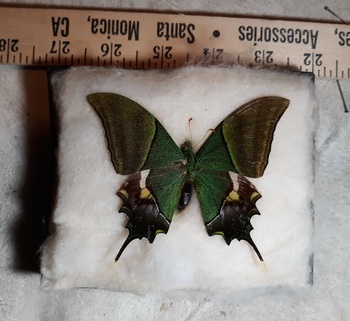 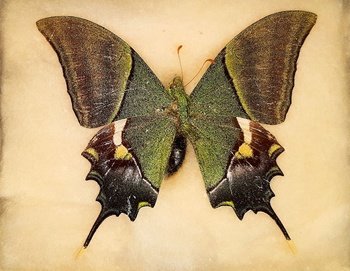 Picked this up a couple weeks ago. It is a butterfly in a cardboard case with a glass cover. There is a ring on the back for wall mounting. No idea how old it is. It is a Riker Specimen Case. They are still being made so hard to tell how old it is but it has aged well and looks like it has half a century on it.
Now as for the butterfly it does not seem to be what it says on the back which is Apatura Seraphina. Looks a bit like a swallowtail but the color pattern is wrong. Whatever it is it is quite nice with some green coloring on the wings. It is pretty typical for butterfly size looks to be about 3" from wing tip to wing tip. Now I just need to find some wall space for it.