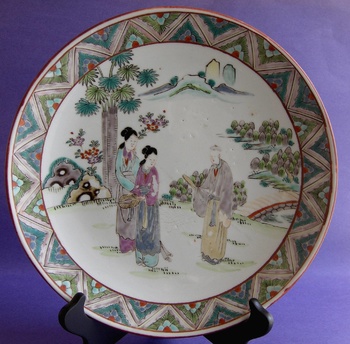 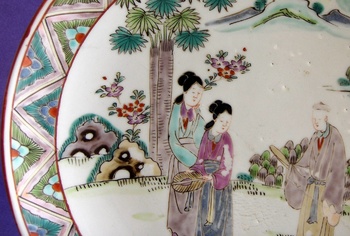 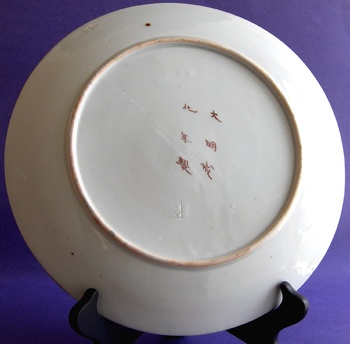 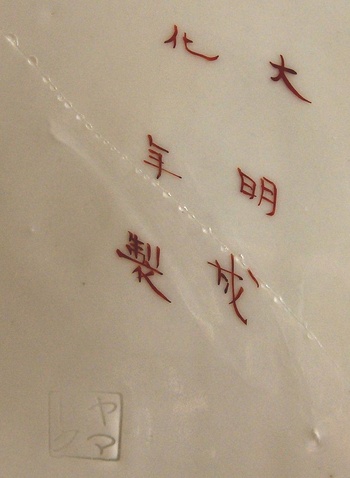 I have owned this plate for over 15 years, I bought on Ebay, and as happened more often then, packaging was not competent, and plate arrived broken in half. Got a refund, and glued it back together.

Reason for acquiring this piece was one of curiosity, in spite of much wear in the plate center surface, it was an interesting figural scene, unusual in it's portrayal I felt. As some of these are humorous and Japanese, the mark refers to the Great Ming Chinese reign, Gotheborg says these are Japanese and the mark is one of those honoring the Chinese mastery of the Ming period for decorative items.

There is an impressed kiln mark, which is supposed to be Japanese, I think it dates to mid to late 19th century. I am asking for other opinions this time. As I honestly still not sure after all this time, what it's identity is. Thank you.