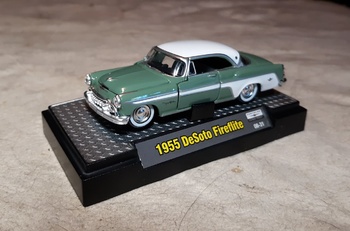 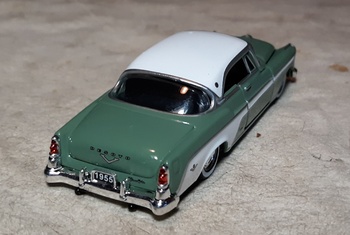 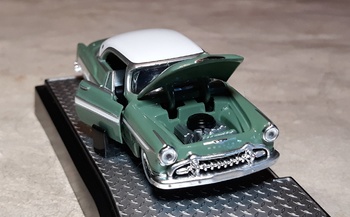 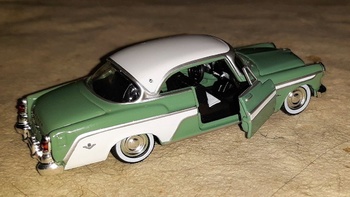 It seems there is a lot of sea foam green paint for making die cast models. They need to get some blue, red and yellow going. But that is my only complaint about this well detailed model. OK that and they need to make the display cases stackable. Although the base is quite nice I took it off the base to save space.
The Desoto Fireflite was first released in 1955 as their top of the line model. It came with a V8 plus the PowerFlite automatic transmission. For a large car like that an automatic transmission was a nice feature plus it was a semi-luxury car. Not everyone is as good as using a clutch as others so basically a smooth ride.
Now for the exciting features of this model. I will also note at $7.99 it has more details and features than the competing companies. Beautiful grill and tail lights plus the opening hood and doors. Also a fairly well detailed 2 tone interior. Looks like there was plenty of room to work on the motor.
It's a pretty typical 1950s car but would turn a few heads at a car show.