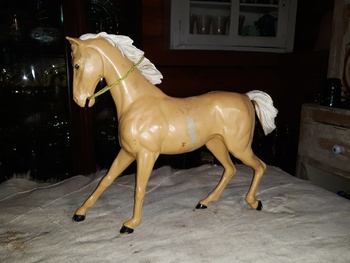 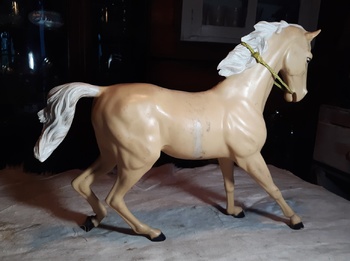 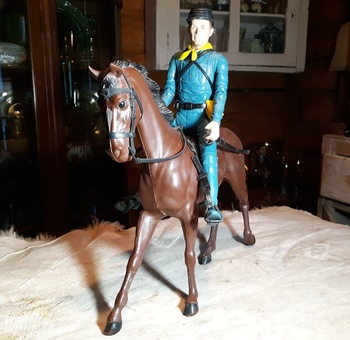 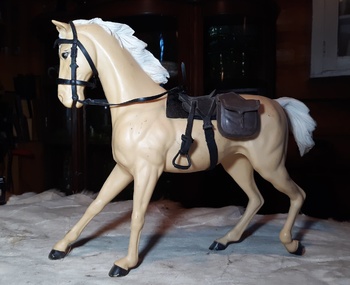 Marx dated their products in Roman numerals. This one is MCMLXV which is 1965. Not necessarily the year it was made but the year they started producing them. But Marx would change the date stamps and there wasn't always a reason for it aside from they made a modification or that it is Tuesday or some such. But 1965-1968 would be a good estimate. Flame got replaced by Comanche which basically the same horse with moveable legs. Plus Comanche was made for the cavalry figures which started 1967-68. The moveable legs sound great but try standing one up which is why I prefer Flame.
This particular Flame has melt marks where the cinch was. Very typical for Marx horses. It also has a replacement set of reins which is some sort of string. Pieces get lost and all that is left is the horse eventually.
Flame came in two colors, palomino and dark brown. Chestnut I believe is what they call it.
Wrapping it up with one with pretty much proper tack aside from the cavalry saddle. That and I didn't color match the saddle bags but I think one gets the idea.