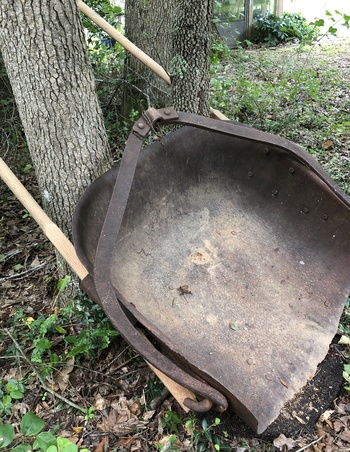 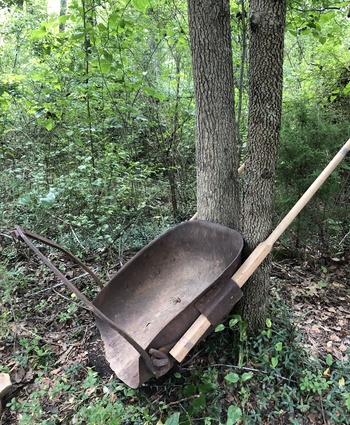 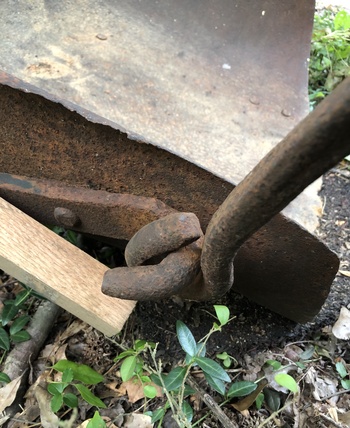 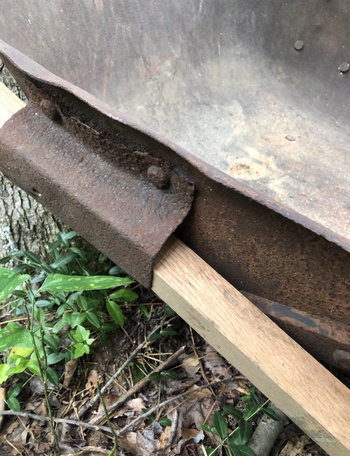 Oh, how I pity the people who used this contraption!
But I know it was an improvement over the pick and shovel method of dirt moving; at least this was rigged up to a mule or horse to help with the labor of scooping out dirt for a pond or leveling the ground. The human still had a labor intensive job of maning the 2 wooden handles to direct the angle of the leading edge as it gouged into the dirt. And, when the bucket was filled, the human had to lift the handles to dump the dirt. Not to mention the human still had to manage the reins of the animal: what a job!!

I’ve seen references on line calling this a Fresno Scraper but I’m not sure that was what it was originally called back in it’s day.
I thought a Fresno scraper was a bit more “modern” in its features and ease of use.....and the idea for it was the fore-runner of the modern- day bull dozer or road scraper.. So, please offer any comments, corrections and additional information!

It’s another “featured” old relic in my “rusty yard art garden” in addition to the huge iron saw I previously posted.