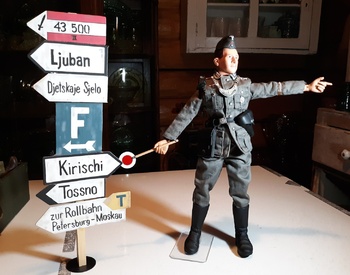 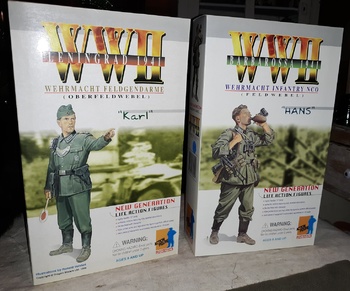 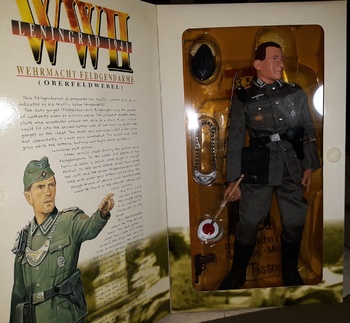 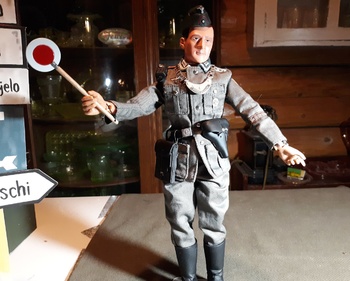 Apparently GI Joe is now the generic name for any 1/6 scale action figure and don't tell the other Joe collectors but I rather agree with that. They fit in with the GI Joes and the German GI Joe is about $200 so getting some guys to supplement the Joes at a much lower price is all good. Plus the quality on these Dragon figures is extremely high.
Now for this figure it is basically a WWII German Air Force MP. Air Force being the Luftwaffe although the Luftwaffe had many more ground duties than the US Army Air Force. Karl here is basically directing traffic although they had other duties such as rounding up deserters. They were also they were in charge of security within the German lines so they were in charge of rounding up0 partisans and such. The German Soldiers called them "chained dogs" due to the their neck ware. History has not been kind to them especially as their own side did not like them.
Now the best feature is the sign post with direction signs. Didn't even know they were in there. There is one side that had a plastic strip covering sticky stuff but after 20 years it is less sticky. I may redo it with the signs on different sides of the post. It will look great with all my WWII German vehicles and Karl to direct them.