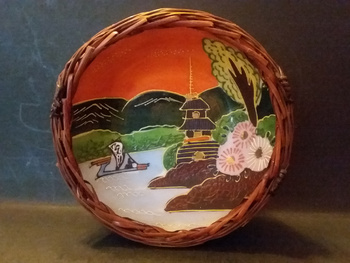 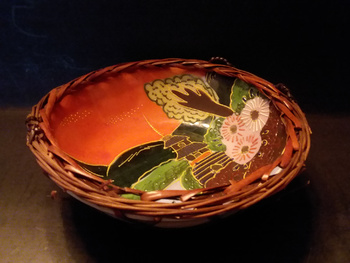 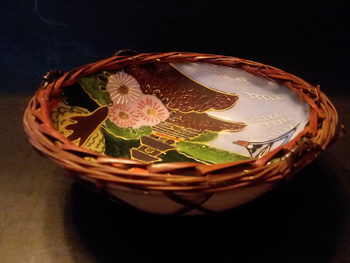 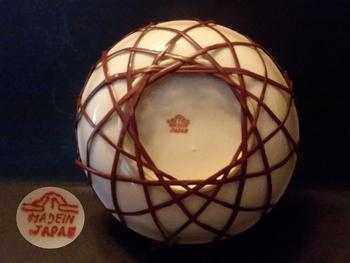 This bowl is about 5.5" in diameter and 1.75" high. It appears to have been sold as a basket as it sits in a frame possibly made of dyed bamboo. There were probably four loops that a handle was probably attached to, of which three remain. The basket is tattered but largely intact. I am torn as to whether or not to just remove it entirely and let the bowl stand on its own. It has a mark on the bottom that the Gothberg link below guesses to be ca 1930-1942. I have seen other pieces with this mark also attributed to Yokoi Sei-Ichi Shoten, but not sure whether that was done because of the Gothberg link.... $1.99 at a thrift shop today...