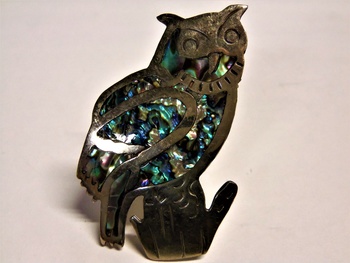 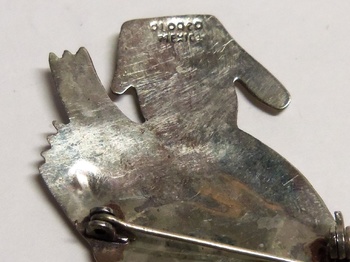 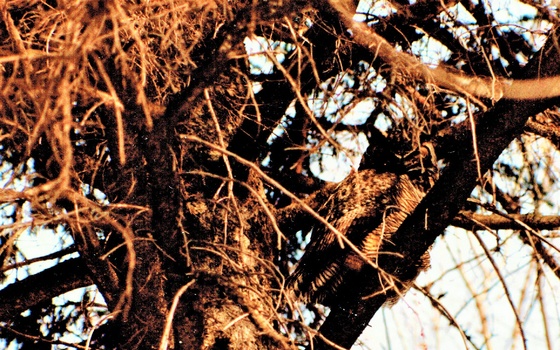 Found this Great Gray Owl Alpace Mexico brooch Yesterday at my local donation, some very colorful Abalone inlay throughout the piece.
Stamp on the back Alpaca, Mexico.

Last picture is taken in Winter 1990 of a Great Owl, Master of Camouflage.

The brooch is 2 inches high by 1.50 inches wide.
Many thanks for stopping by.
Alan

Alpaca Silver is a metal alloy of copper, nickel and sometimes zinc or iron. The metal is a shiny silver color that looks similar to stainless steel. It does not contain any Alpaca (the animal). That question comes up often.

Alpaca Silver is often used in making alpaca silver jewelry and crafts in Mexico, Central America and South America. It is also common in and has been historically used through out most parts of the world and may go by other names such as German Silver or Nickel Silver.
People with extreme Nickel allergies should avoid wearing Alpaca Silver Jewelry just to be on the safe side, but as a whole Alpaca Silver is usually quite innocuous. Aside from those with metal allergies Alpaca Silver is a wonderful material for jewelry.
The Alpaca material itself is considerably less expensive than sterling silver, but gives the beautiful silver appearance.

Alpaca silver was first used in China as a substitute for sterling silver. It made its way into Europe through traded goods, where it was marketed under the name of paktong or white copper. In the 18th century, several German companies adopted the use of a similar alloy, and in 1823 a competition was held to discover which alloy was the best silver imitation. Berndorf, a German manufacturer, sold their nickel silver products under the name Alpaca silver, and the term became commonly used throughout Europe. In 1840, a process called electroplating was developed, allowing a fine metal coating to be plated onto metal and non-metal object, which opened many new markets for nickel silver-plated goods.

For many years, this silver was a component in several European coins, including the Portuguese escudo and the German mark. With the shift in currency to the Euro, these coins are now effectively out of circulation. A form of the alloy is also used in the U.S. nickel, although the composition of 75% copper and 25% nickel is called copper-nickel in America.
In some forms of composition, Alpaca silver is found in industrial and technical machinery. The alloy can be found in various components for boats, and is useful in plumbing, due to its corrosion-resistant composition. It is also used in heating coils, as the metal combination is highly resistant to electricity.