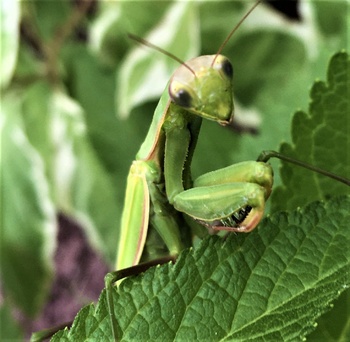 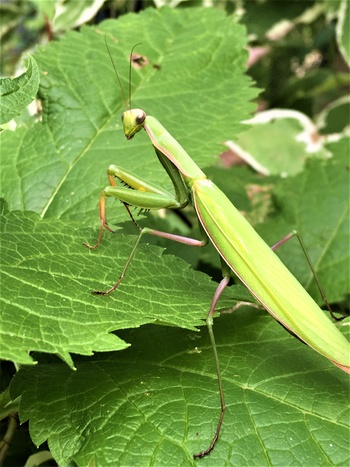 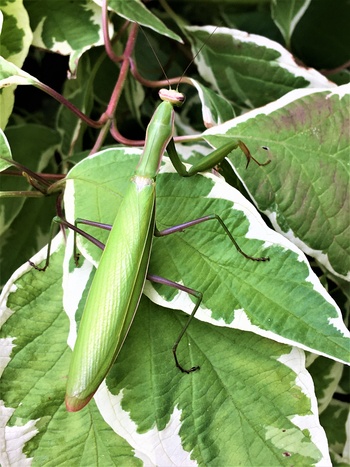 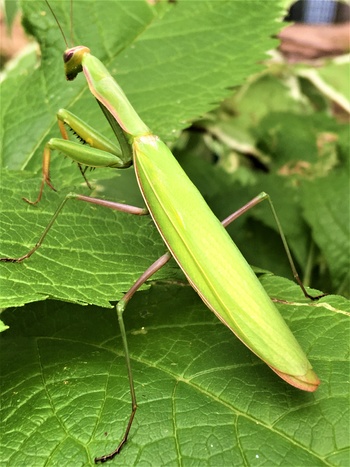 I was walking in my garden last weekend when I spot this unusual visitor and btw very welcome in garden to clean unwelcome insect that ate leafy plant.
I had take several shot as it being very cooperative with me at least for sometime until decide this was end of.

European mantis is a large hemimetabolic insect in the family of the Mantidae, which is the largest family of the order Mantodea. Their common name praying mantis is derived from the distinctive posture of the first pair of legs that can be observed in animals in repose. It resembles a praying attitude.

The phenomenon that conspecifics are attacked and eaten after, during, and sometimes even before copulation is called sexual cannibalism. Many examples are known in various groups of invertebrates, including the mantids. Some speculations exist about the benefits of this behaviour, but its causes are not fully understood yet. For quite some time, the belief that sexual cannibalism in M. religiosa only occurred in captivity was widespread. It was believed to be an artefact of improper animal keeping (too little food or space). In 1992, however, the cannibalising behaviour of female M. religiosa was observed in a field study. Lawrence compared the percentage of cannibalism in natural and manipulated (males and females were put close together in the field) pairings and found rates of 31% and 24%. This proves that sexual cannibalism in this praying mantid is not caused by laboratory conditions. They can, however, intensify the phenomenon; females that were starved for more than three days were more likely to attack males, even before copulation. While the cannibalisation before the copulation is still puzzling to scientists, some theories about the benefits of sexual cannibalism in general include:

Eating her mate provides the female with nutrients so she does not have to hunt. She has a prey item available that is bigger than the prey she would be able to catch in the manner she usually hunts.
The meal also takes place during or shortly after she was fertilised, giving her more resources for the faster production of a large ootheca with large eggs, thus increasing the chance of her offspring to survive. Males have also been known to be more attracted to heavier, well-nourished females for this reason