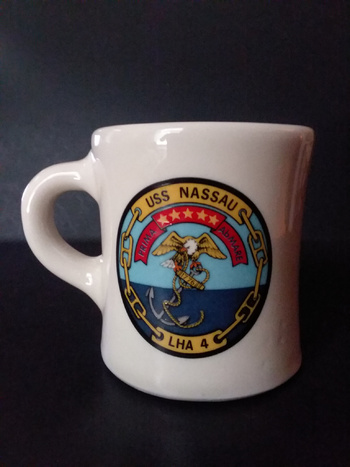 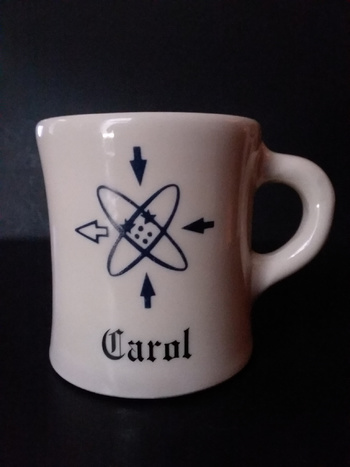 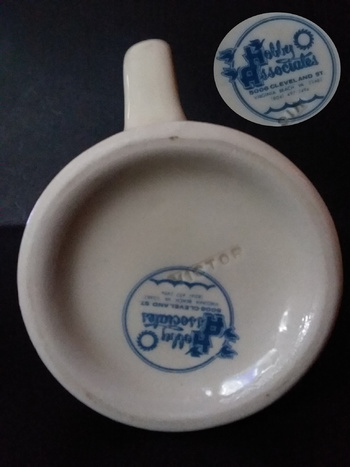 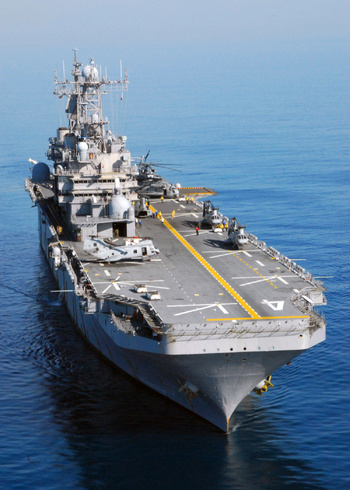 Standard Victor coffee mug with USS Nassau logo on the front and sailor's name, Carol, on the back. Victor stopped making mugs in 1987 and women were not allowed to serve on U.S. combat ships until 1993. This could mean that "Carol" was a man's first or last name, or this mug was made after 1993 using old stock Victor mugs. There are records which state that large quantities of Victor mugs were in storage and sold after the factory stopped producing them. It may also be that the maker of this mug had a large stock of blank mugs which they continued to use for several years after new Victor mugs were no longer produced. I went to a couple of thrift shops today and found two military themed diner mugs in new condition for $.45 each. Couldn't pass them up even though the side of my house where my diner mug collection is stored is starting to sink into the ground. With the two sitting side by side on a thrift shop table, I have to wonder how many more there were and gone before I got to the store.

The USS Nassau was a remarkable ship with an interesting history. The Wikipedia article is well worth reading: