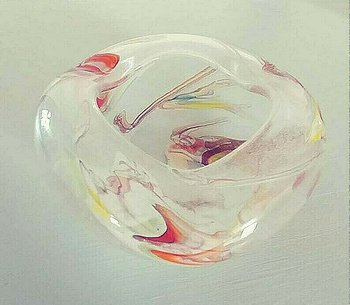 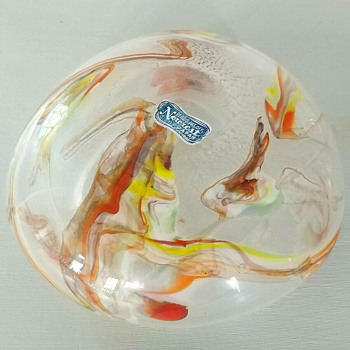 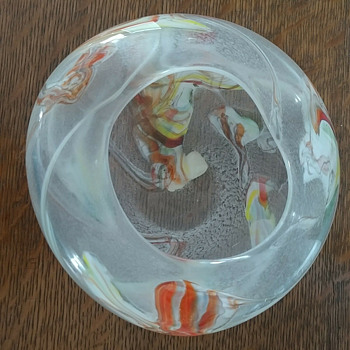 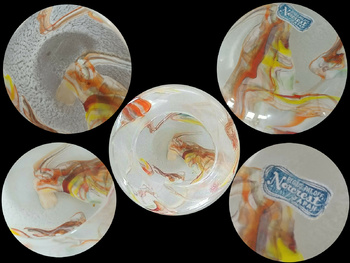 This Norcrest ashtray is about 5.25" in diameter by 2" high, with Norcrest label on bottom. It looked like another end of day piece of Japanese glass to me until I looked more closely and say the white inclusions in the glass. That raised the level of difficulty to create this piece a couple of notches. At least three layers of glass were used to make this ashtray, perhaps four or five. Norcrest China had an interesting history. They were an importer in Portland, Oregon founded by William S. "Bill" and Sam Naito, sons of Japanese immigrants. Bill was a prominent figure in Portland, so prominent that there is a Wikipedia page for him. One thing of note with regard to Japanese glass imported by Norcrest is the it was made in factories in the vicinity of Nagoya, Japan, which may someday help to identify the makers of Japanese glass imported by Norcrest. I will add better images when I can get to it.