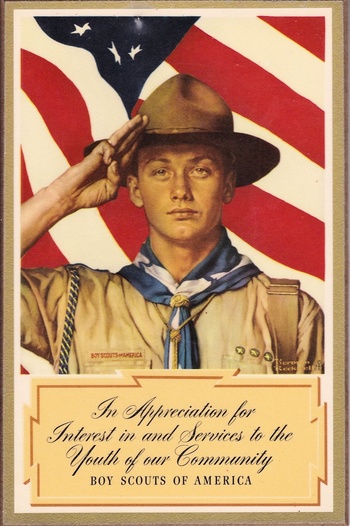 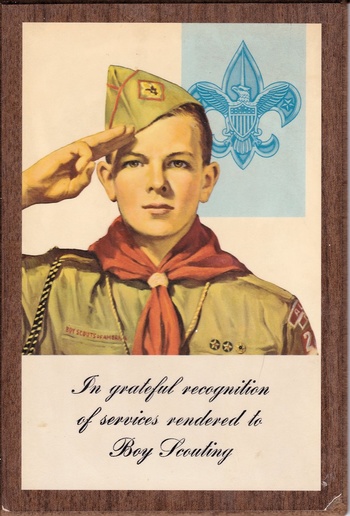 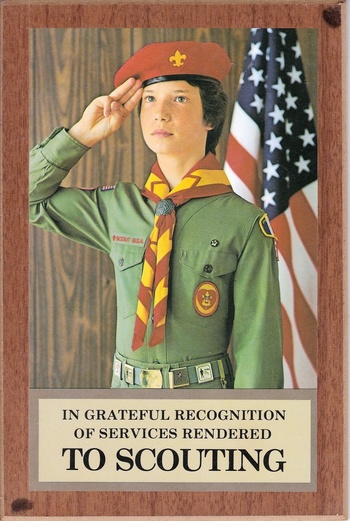 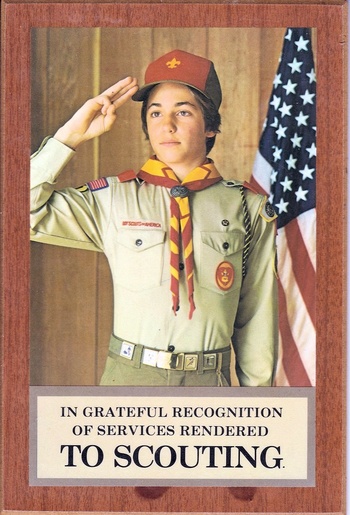 A salute to Boy Scout through the years. Plus it is fitting with the end of summer holiday. I was going to post a new plaque but it is late in arriving. Now on with the scout through the years.
Scout #1 is 1940s/1950s. The Smokey/Drill Instructor hat was the main hat used for decades.
Scout #2 has the Garrison Cap that they started using in the 1950s. That cap is the most common piece of boy scout headwear found. Both 1 and 2 have the Den Master Cords worn on the right shoulder.
Scout #3 is wearing the uniform used from 1973-1982 with the red beret. The red beret was not all that popular and scout #2's cap was still the most widely used. The American flag was added to the right sleeve then. The red beret is still used today despite it's initial unpopularity although not the current hat used. Any boy scout uniform piece that has been declared official can still be used as long as the whole troop uses it.
Scout #4 has the uniform shirt used from 1982 until 2010. The patches were used until 1989. The Den Chief cord is now on the left shoulder. Almost forgot to mention the belt awards that 3 and 4 have. They were uncomfortable to wear but Scouts do like their awards.
Next week will either be the new plaque or an Eagle Scout uniform.