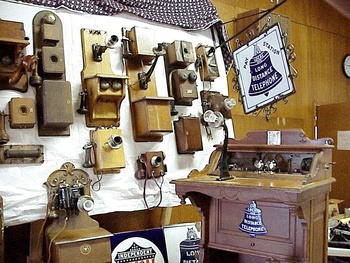 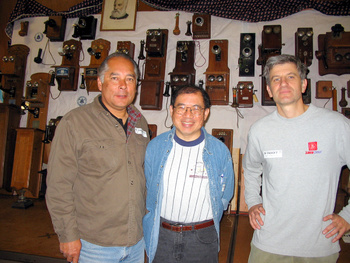 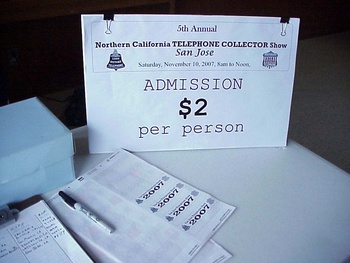 The cool thing about collector shows is that they're not just an excuse to get together with friends (they are), or to buy and sell (though that's important), but also to show off.

People spend lifetimes curating amazing collections, and they bring them out maybe every few years to display at a show.

What's unusual about this display, for those of you who don't know antique phones, is that its not just a collection of run of the mill wood telephones from the early 20th century (of which so many were made and for which collector demand is so low that they're known among phone collectors as 'firewood').

What's unusual is that many of the piece are among the earliest phones produced in the 1870s and 1880s, some by Charles Williams, AGBs (telephone inventor Alexander Graham Bell, pictured) first contract manufacturer and in whose lab Bell uttered the words "Watson, come here". The very first phones after Bell's patent were produced in 1877, and many of the phones produced in the subsequent few years for the "American Bell Company," as it was know, are one or a kind - or so few were made that you just never see them, or the parts, unless someone like John Dresser decides to bring them out of hibernation.

Also noteworthy in these photos are the early phone vanity (desk) and the very cool NE Tel porcelain sign with the early wrought iron ornamented hanging frame - John, anytime you get sick of that, you know where to reach me!