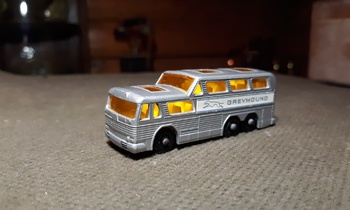 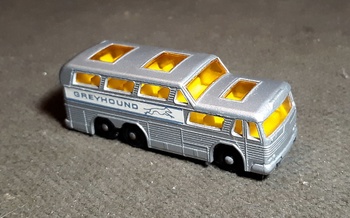 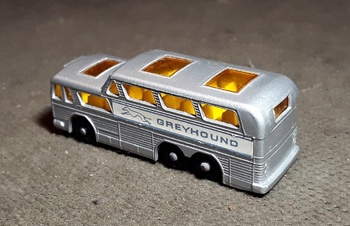 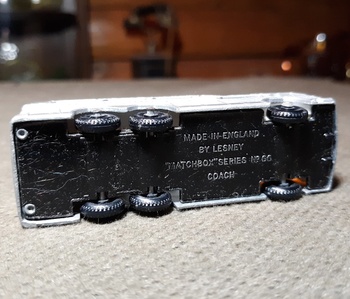 This is actually a model of a GMC PD-4501 Scenicruiser but it was just called a Greyhound Bus by Matchbox/Lesney. A proper Matchbox model was made in England by Lesney.
Anyway this was a classic vehicle seen on the highways of the USA in the 1960s when this was made. Would not be my first choice for transportation. Seems a bit unpleasant in all the movies I have seen but then those are just movies. I prefer to drive myself because then I can stop when and where I want.
The model was in the catalog from 1966-1971. In 1970 it was turned into a Superfast model. And thanks to McCoy Nelson we can see by the base it has "Made in England" Before "Matchbox Series" so this one is post 1966 which narrows this down to 1967-1969.
Will have to put a boxed version of this on my to get list.