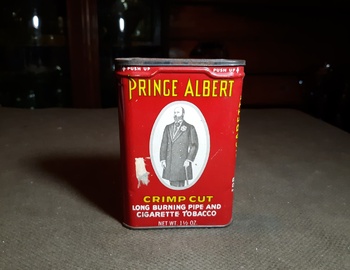 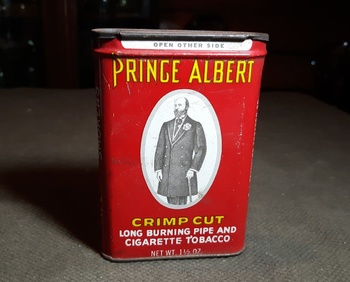 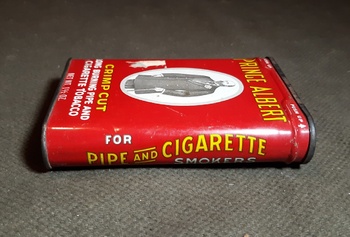 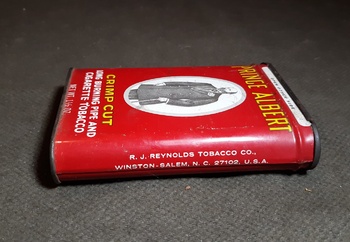 Yes the classic Prince Albert in a Can, you better let him out. Kids for years called tobacco shops asking if they had Prince Albert in a can. The clerk who answered the phone had never heard this one before and I am sure was quite upset by the prank. Or perhaps not. I got the refrigerator call once asking if mine was running and I said it had run out the door and that I needed to catch it. Anyway Prince Albert in a can is a classic thus I bought it.
After several minutes of research all I could come up with is that it is pre 1987 as that is when RJ Reynolds owned Prince Albert Tobacco. This is a very common tin and not valuable but it does have fine graphics. Looks like it could be 100 years old but that seems unlikely. Still it has some patina and displays nicely. Plus it doesn't take up much room as it is pocket sized.