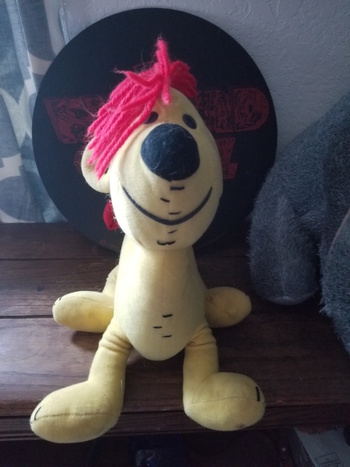 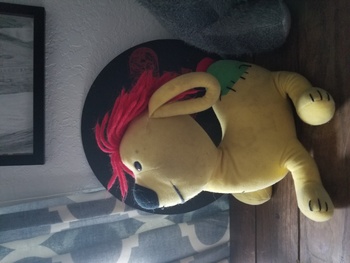 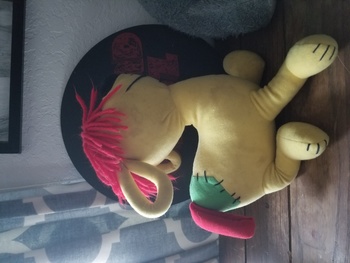 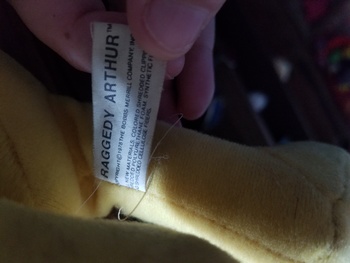 This guy is very special to me for several reasons, I got him from a claw machine back in the 80s/90s when I was about 3-5 and fell in love with him. I named him bepaw (odd name, yes but I was little) I slept with him and played with him. He was with me on my bed for 18-20 years until we lost our house and were going through crazy packing mode. A lot got left behind and after moving I realized somehow bepaw wasn't there. I love all my stuffed toys even as an adult and this was pretty heart breaking to me. Years later after finding out he was actually a rather rare toy that was pretty sought after I gave up hope. As a surprise, my boyfriend, now husband, had been putting in bids on the raggedy arthur dolls he was finding online and was having a hard time. I remember him asking me what mine had looked like and asking how "new" he looked. He won a bid on this guy, no one else bid, I guess no one else wanted a loved one but he's pretty close to my original. Which makes him double special to me. He sits on my headboard now where I'm planning on keeping him forever.