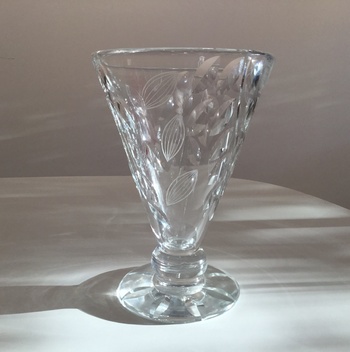 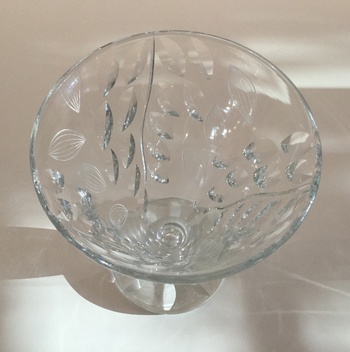 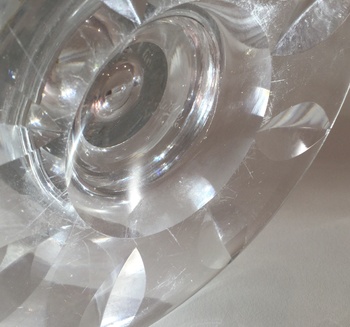 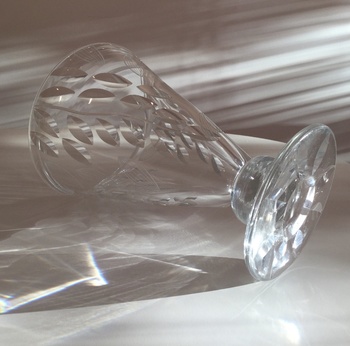 Nigel Benson has told me : “I just looked out one of the Webb catalogues, which has price lists for 1962 and 63. The only vase with the same cut pattern as yours is referred to as pattern number 52563, which appears to refer to the cut pattern and not the shape of the vase.”