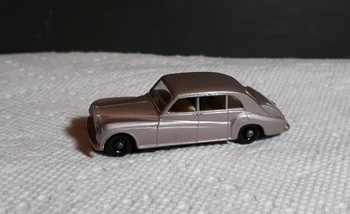 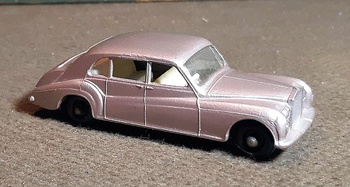 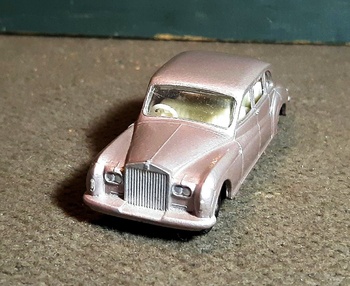 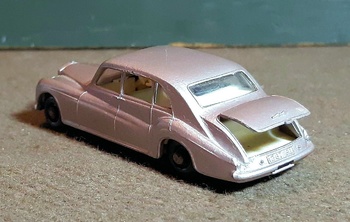 The 1:1 version of the Rolls Royce Phantom V was made from 1959-1968. In all that time only 832 were made. They were not free.
This model is also on the rare side as it was only made for three years. For it's time it was advanced as it has a full interior, clear windows and an opening trunk aka boot. Many models at that time had no interior or windows. It lacks simulated suspension though. It was made from 1964-1966 with no variations. The color is listed as a metallic tan. Looks like it has a touch of purple in it. In 1967 Matchbox replaced it with the Rolls Royce Silver Shadow which was a more conventional car. I prefer the Phantom myself. When you see one of those you get a feeling you will be seeing royalty. The current version is the VIII. It has a V12 with 563 HP and cost half a million.
My favorite feature is that the hood ornament lowers into the radiator housing to prevent theft.