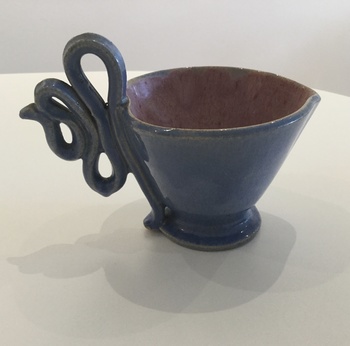 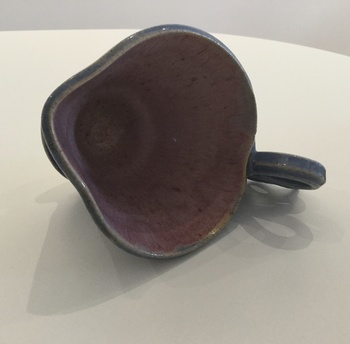 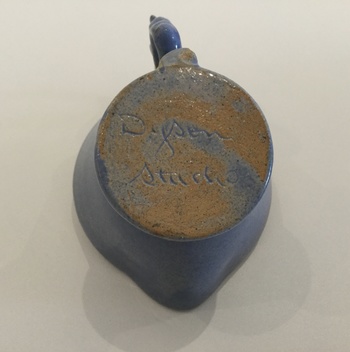 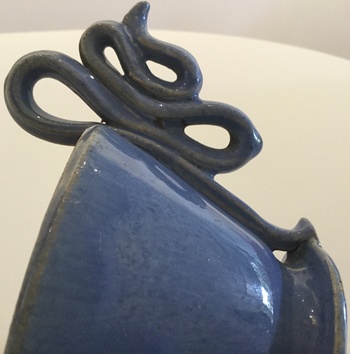 I walked into my favourite op-shop last week, saw the handle of this jug and knew immediately that it was by June Dyson. That handle had remained intact over the years !!!

June Dyson was born into an artistic family in 1918 in Melbourne, Victoria, Australia. Her father an author and her uncle was a well known political cartoonist (Will Dyson). In her early 20s, she began studying pottery at the Royal Melbourne Technical College (now RMIT) under the legendary John Barnard Knight and Klytie Pate. The Dyson Pottery studio was based in a beach-side suburb of Melbourne at Black Rock. June was prolific. Her son Robert (Andy) Gordon began working on his own as a potter in 1979. The Robert Gordon Pottery continues today near Pakenham in Melbourne’s outer south east. June died in 2004.