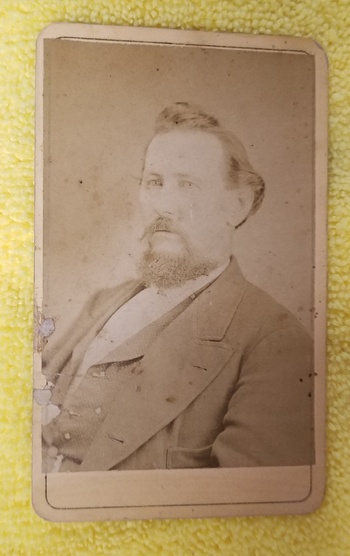 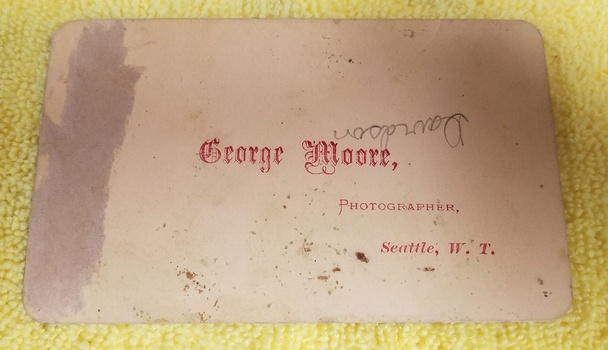 Picked this up recently, still doing research ..here's what I know.

George N. Moore (born ca. 1844) was an early photographer in the Pacific Northwest. Opened his studio in Seattle. Operated in Seattle between 1870-1897.

I'm not sure who wrote the pencil name on the back of Davidson? Still researching to see if we can find this person. I would imagine this person had some sort of significance if he had his photo taken and was dressed as he is.

The Washington Territorial Census, taken in February 1885, has an entry for a photographer named George N. Moore, born in Massachusetts circa 1844.