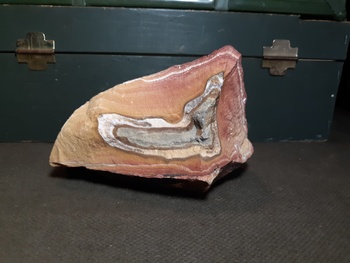 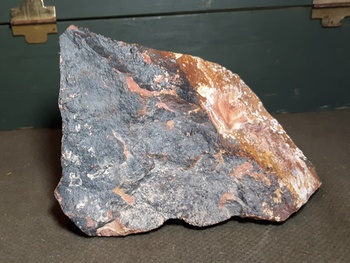 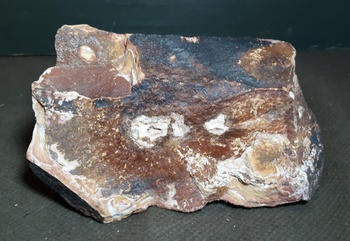 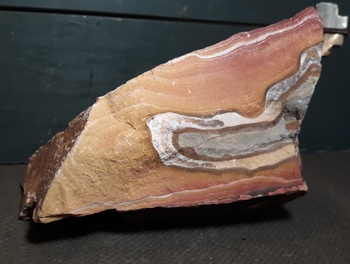 This is going to be rough as I don't really know anything about this rock. Bought it at the Labor Day Yard Sales up here. The guy I bought it from told me but it was something I never heard of before so it didn't stick. He showed me a smaller polished version but it looked like every other polished stone. I like this one in its natural state. It is about 5" on its longest side.
Looks to be a sedimentary type rock. That's the kind that used to be dirt but turned into stone after a million years or so.
I do collect rocks but basically based on how it looks and I don't know much about them. Basically I thought it looked neat and was unusual and so here it is.