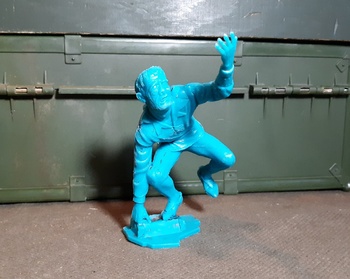 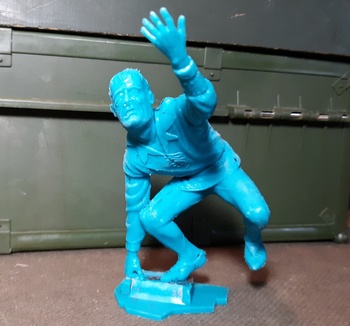 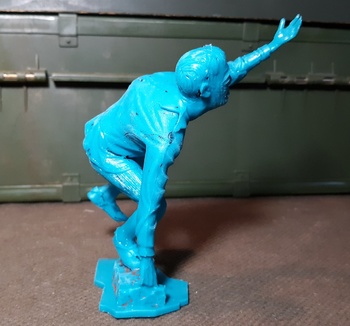 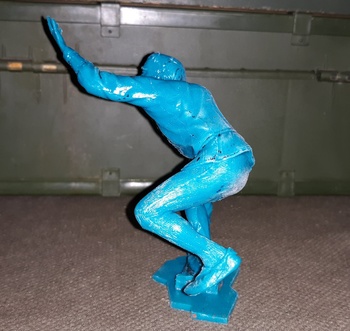 I believe this is based on the Lon Chaney version of the Hunchback of Notre Dame. Seems a bit odd as the Charles Laughton version was the one being shown on TV, the Chaney version was silent. The Charles Laughton version had a false eye down on his cheek and one of his real eyes was covered. The other Marx monsters were based on the talkies versions of the movies. The Hunchback is one of my favorite of the Universal Monster movies as Quasimodo aka the Hunchback is actually a good guy and turns out to be a sort of superhero. Like many of the Universal monsters he is misunderstood and makes mistakes and is treated quite badly. To back up a bit the Universal monsters were from Universal Studios and included Frankenstein, Dracula, The Mummy, The Wolfman, Creature From the Black Lagoon and a few more. I always rooted for the monsters in those movies.
Now as for this figure there have been recasts made but I think they were off white. The figure has wear to it and is likely from the 1960s when most of these were made.
Got an Aurora model Hunchback model coming up but I'll need to combine two of these kits I have to get a complete figure. Coming my Halloween hopefully.