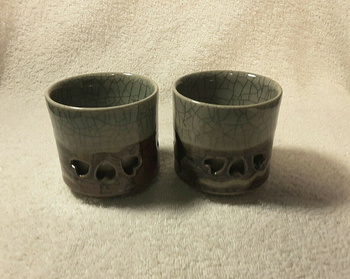 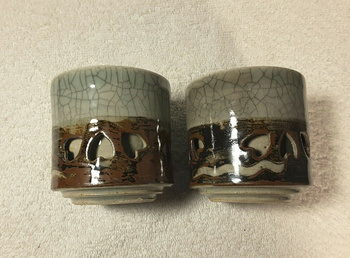 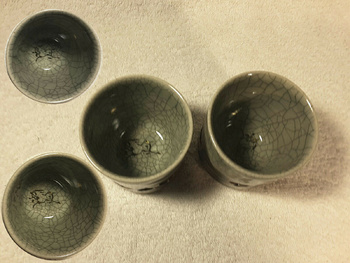 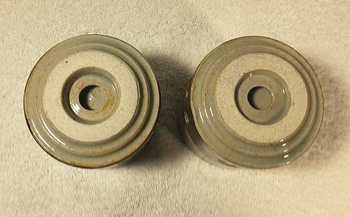 These yunomi are about 3.2" and 3" high and about 2.75" and 2.60" in diameter and unmarked. There were probably gold painted horses and other decorations on the outside, as shown by a few remnants of gold paint, but it has almost entirely worn off. There are full gold painted horses still left on the inside. These yunomi are in very nice condition, otherwise, even though they have probably seen a lot of use. For $.75 each, I couldn't pass them up. They are easily old enough to have come from the original kilns which were destroyed in the natural disasters in Japan in 2011. Some of the kilns have since been re-established, though not in the same locations. Much Somayaki pottery is double walled, which keeps the exterior of the yunomi cool when the contents are warmer. Horses are a common theme on this pottery.

A personal story of one of the Soma potters: