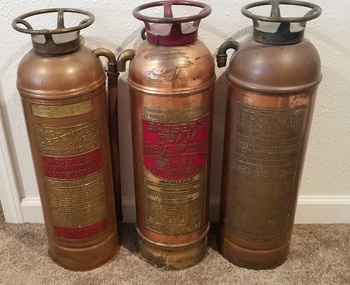 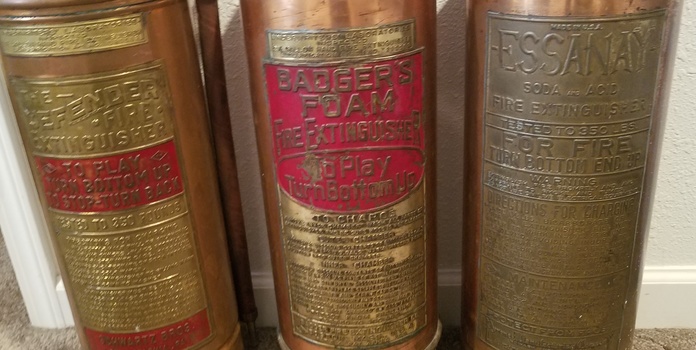 This the rest of my collection of firefighting stuff. I did have some fire grenades but they were still full. I gave them to a friend who was a volunteer firefighter. There's some brass fire extinguishers and a stainless fire extinguisher. I've had these for several years. I didn't pay more than $20 for any of them, so I think my investment paid off. I will never get rich with them but I enjoy them very much. some people would polish them I prefer them in their natural patina.

Fire-Gun - this one has the original bracket
The Defender
Badgers Foam
Essanay
General Water- if you recognize this one then you know how much fun they are! Fill it with water, pressurize it and squirt the crap out of people.

The first fire extinguisher of which there is any record was patented in England in 1723 by Ambrose Godfrey, a celebrated chemist at that time. It consisted of a cask of fire-extinguishing liquid containing a pewter chamber of gunpowder.