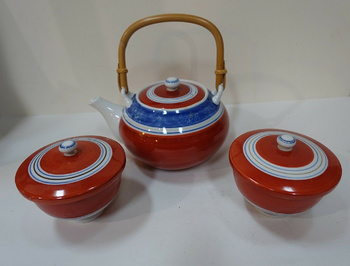 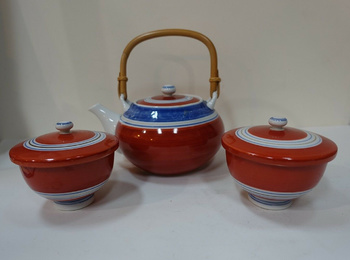 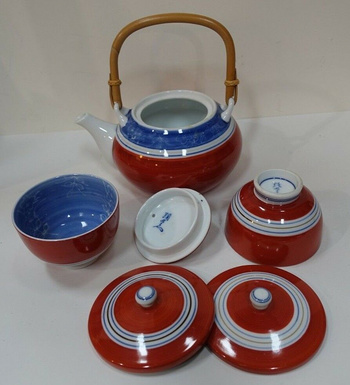 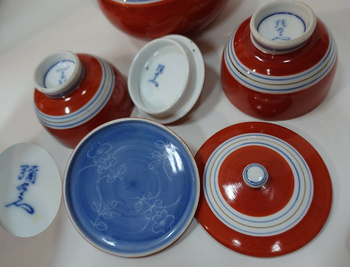 This Japanese Genemon teapot is 4" high x 6.5" diameter and the cups are 2.75" high including lids. Every piece is hand signed, except for the body of the tea pot. Sadly, its tomobako has vanished. I am certain it must have had a tomobako, at some point, as it is a very fine set. As with all Genemon pottery, it was hand painted. This is in a style I have not seen before, which appears to have had a design traced in the blue glaze. Lots going on here, with several techniques used.

I have been looking at this one on ebay for several months and it has gone on and off of my watch list at least three times, as I really don't need another tea set and they are hard to store if there is no tomobako. I removed it again about three weeks ago. It was a really fine set and very inexpensive, however, and I was really tempted by it. A few days ago, I tried to find it again, but could not, so assumed it had been sold or withdrawn from auction. I was browsing some other pottery and this morning there it was again. I took an even closer look at it today and finally realized that it has the Genemon mark, though it is a bit sloppy. Duh. I don't know why I had not noticed that before so snapped it up as soon as that sank in. I have not been able to identify who the potter was from the upper two characters, though I know who it is not.... Will update with better images when it arrives. Calling it a mystery until I identify the potter. 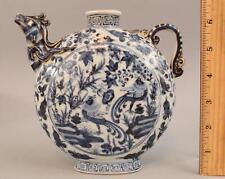 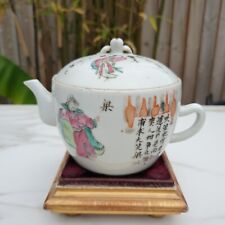 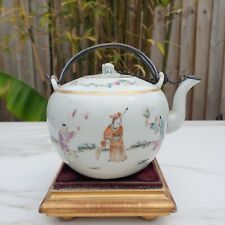 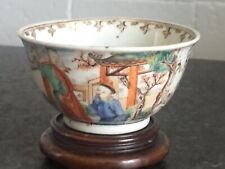