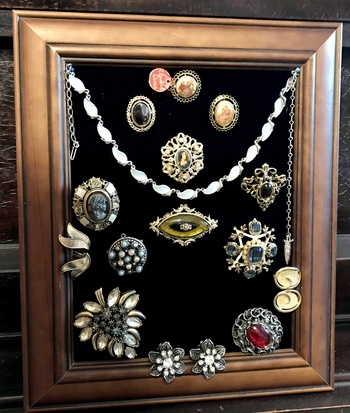 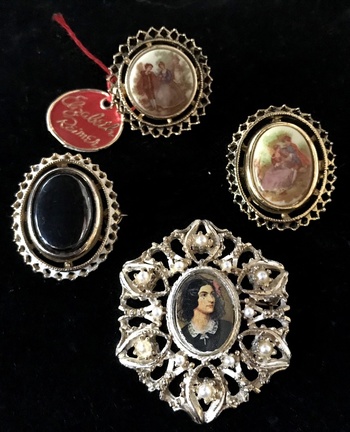 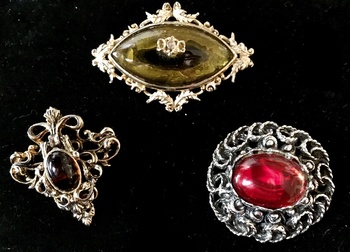 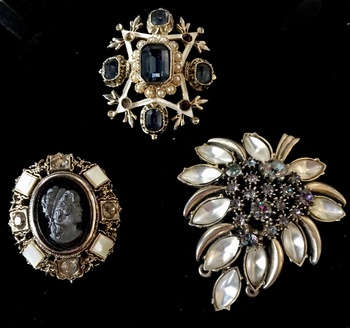 For my first ever post I’ve decided to go with sharing my small collection of vintage Arcansas costume jewellery.

All pieces (11 brooches, 3 pairs of clip on earrings, 1 necklace) have been found throughout the course of 2020 in both thrift stores and markets.

I collect brooches and vintage jewellery (the main theme being - ‘if I I like it!’), and like having a number of Arcansas pieces as they’re both good quality and Australian.

The necklace is missing one stone, and the brooch I’ve seen referred to as a ‘Maltese Cross’ is missing a few, but other than that they’re in quite excellent condition. I was even fortunate enough to find a brooch that still had its original tag attached.

(The below information has come from the internet...)

Elizabeth and Joseph Reimer, formerly of Budapest, Hungary, have in nine years built up a prospering costume jewellery industry at Mosman, Sydney, from small beginnings, in the Reimers' sitting room, the business quickly expanded and now the Reimer's own a modern factory building and employ a staff of 38, Mr and Mrs Reimer arrived in Australia in 1939, both found good jobs and it was only Elizabeth's conviction that there was a future in making costume jewellery which gave 'Arcansas', as the Reimers' Company is called, it’s start. (From the National Archives of Australia.)

Elizabeth Reimer was one of Australias groundbreaking women in the field of costume jewellery . From a Hungarian family , she learnt the skills of jewellery making from her father, a trained goldsmith ,and began her career making ornate fashion jewellery in the 1950s from her Willoughby, NSW garage. Business expanded in the 60s ,and she began to create themed collections , from medieval to renaissance revival , ancient Egypt ,modern fashion styles and a superb "australiana "collection.With delicate hand soldered components ,in pastel enamels on brushed gold the "Australiana " collection featured native plants and flowers ,presented in an art nouveau style , a concept not previously attempted . These are her most inovative and technically adept designs and consequently most sought after ,as production was limited by the demands of construction .So succesful was her style that it was marketed throughout Australia and Japan , under the company trade name "arcansas" with its trademark dagger and often cleverly hidden "A" and banner symbol .

Highly prized for the intricate work , hand detailng and traditional methods , Elizabeth Reimer costume jewellery is coveted by collectors in the US, and Australia. (From trove.nla.gov.au)