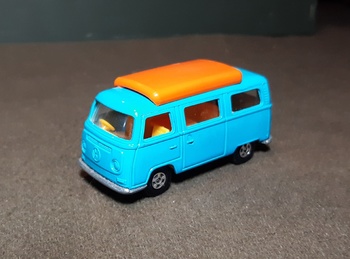 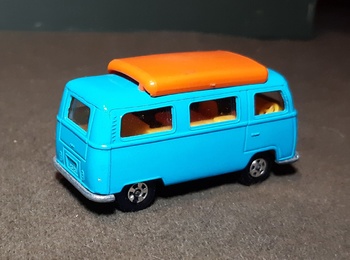 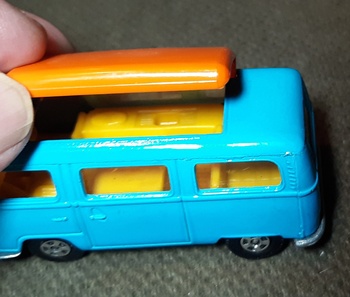 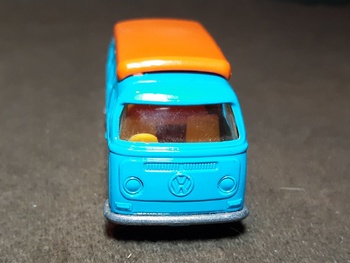 This model was released in 1970 which was the first year almost every model was a Superfast. 1969 had a few but those were sports cars and cars that actually went super fast. For 1970 even the trash truck became a Superfast model to compete with Hot Wheels. Mattel was doing more than using the thin axels to make the cars roll fast. They had hot rods, dragsters, custom cars, exposed engines and other such and they did it well. I think Matchbox missed the point and did it badly. But this is still a fine model.
This being a Volkswagen Camper Van. I recall seeing these with the top that opened like this although there was a canvas covering. But if they had that you couldn't see inside when the top is opened. There is a kitchen inside. Not sure if there was a fridge. Across from the sink and stove area there is a table which would turn into a tiny bed. The master bedroom is in the back.
This was released in the turquoise color through 1972, after that it was all orange.
Sadly Superfast was the beginning of the end. Matchbox is still around but Lesney/Matchbox did not last long after that. Ending on a negative note, sorry.