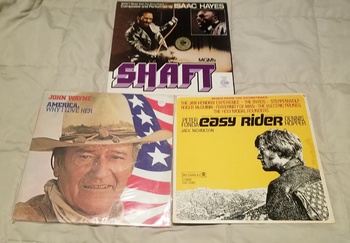 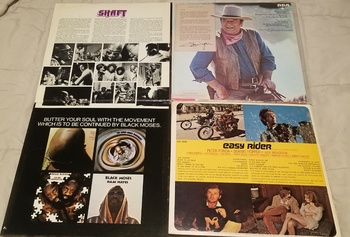 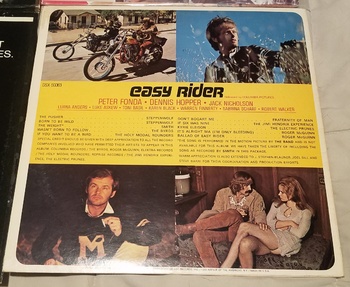 Picked up the Easy Rider and Shaft album for $0.50 each and the John Wayne for $1.

John Wayne quote:
Marion Robert Morrison, known professionally as John Wayne and nicknamed Duke, was an American actor, director, producer, and Presidential Medal of Freedom recipient. He was among the top box office draws for three decades, famous for his roles in Western films.

EASY RIDER
Easy Rider was released by Columbia Pictures on July 14, 1969, grossing $60 million worldwide from a filming budget of no more than $400,000. Critics have praised the performances, directing, writing, soundtrack, and visuals. Easy Rider was added to the Library of Congress National Film Registry in 1998.

SHAFT
Shaft is a 1971 American crime action film directed by Gordon Parks and written by Ernest Tidyman and John D. F. Black. It is an adaptation of Tidyman's novel of the same name and it's the first entry in the Shaft film series.