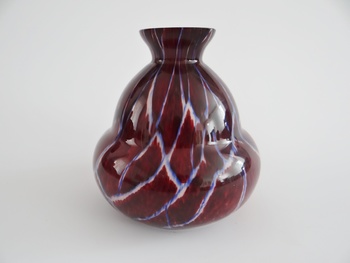 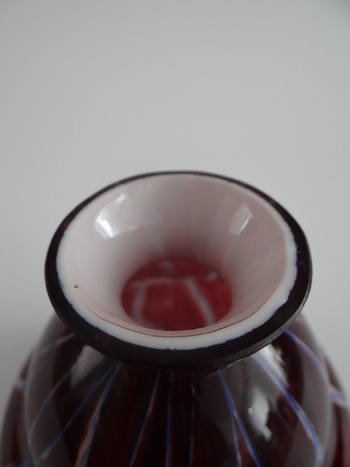 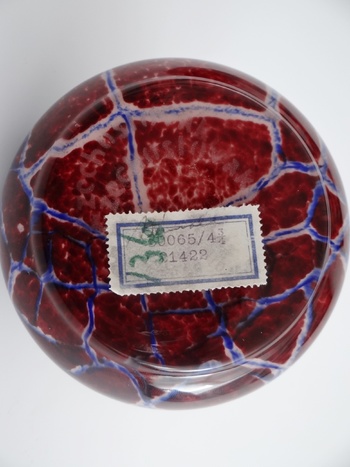 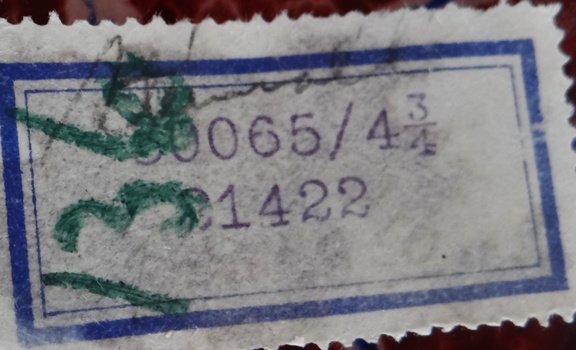 This is most likely another vase produced by the Ernst Steinwald & Co. glassworks. I bought the vase recently on ebay from the USA (thanks to Jericho). I bought it mainly because of a paper sticker with a number, which is very similar to the number on the sticker of a vase with a sticker by the Arnošt Steinwald glassworks from the Museum of Glass and Jewelery in Jablonec. (see: https://www.collectorsweekly.com/stories/283823-arnot-steinwald-a-spol-ernst-steinwa?in=user). The first number is, in my opinion, an indication of shape and size, the second number is the decor number. There is also an inscription on the sticker in pencil writing, which could be A. Steinwald ??? (Arnošt is the Czech form of the name Ernst).
This decor, which has so far been attributed mainly to the W. Kralik glassworks (sometimes referred to as the "giraffe"), also appears in one of the variants of Steinwald's Flowerall decor (attributed by some sources to the W. Kralik glassworks and referred to as the "Marquetry"). see: https://www.collectorsweekly.com/stories/284336-marquetry-glass--volume-2--shapes-and?in=user