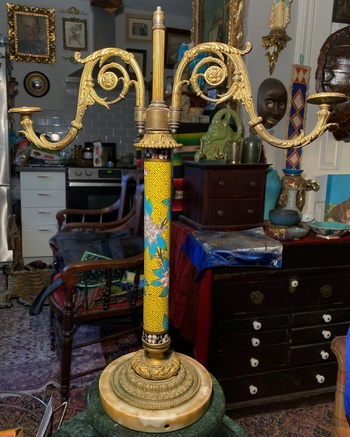 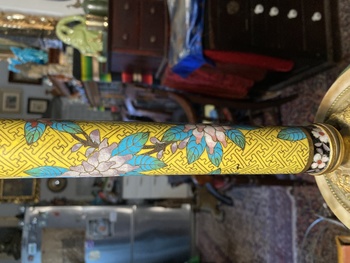 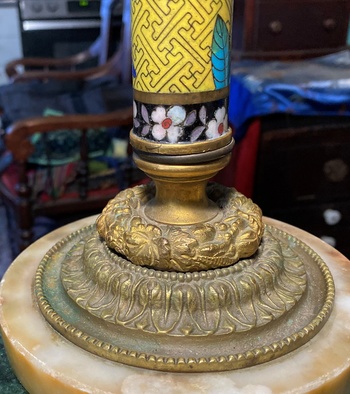 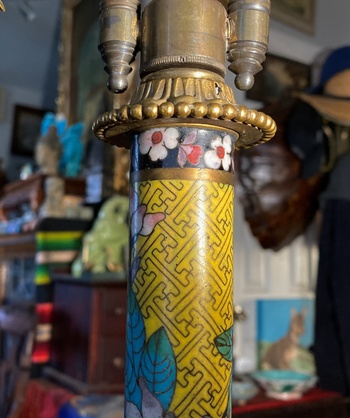 I think that this is a candlestick holder, but not sure. there's no place to wire it, so i'm not sure. There was some old wax in the cups, so it was probably used as that. It could be fairly easily wired to make a nice lamp with it - after removing the arms. i took it apart and it looks very nice without them. i think it's probably late 19th century, although the cloissone could be much earlier. The gilding is very nice on it - probably french?