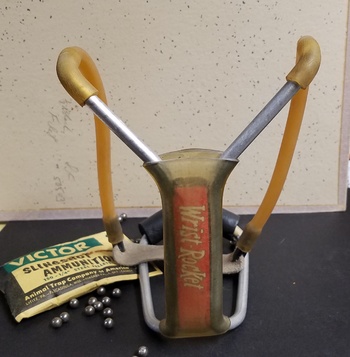 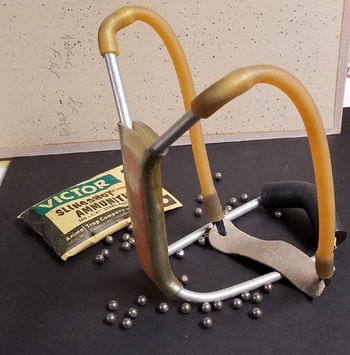 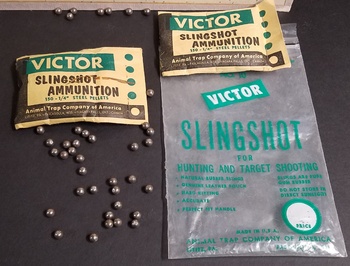 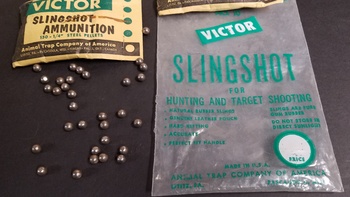 I always wondered what happened to my slingshot? When Dad passed away 14 years ago we were going through some stuff in the basement. In the workshop, I found the answer.

One package is unopened and the other is open. You can see the rubber band just disintegrated from age on the open package.

Also have the original Victor bag that ammo came in.

VICTOR
The company was founded in the early 1800s and has quite a storied past. They manufactured many different items including the famous mouse traps and decoys.

WRIST-ROCKET
The middle 1950s saw two major innovations in slingshot manufacture, typified by the Wrist-Rocket which was produced by the Saunders Archery Co. of Columbus, Nebraska. The Wrist-Rocket was made from bent aluminum alloy rods that formed not only the handle and fork, but also a brace that extended backwards over the wrist, and provided support on the forearm to counter the torque of the bands. The Wrist-Rocket also used surgical rubber tubing rather than flat bands, attached to the backwards-facing fork ends by sliding the tubing ends over the tips of the forks, where it was held by friction or adhered with the addition of liquid rosin