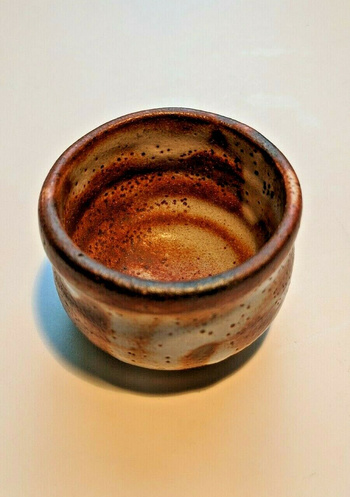 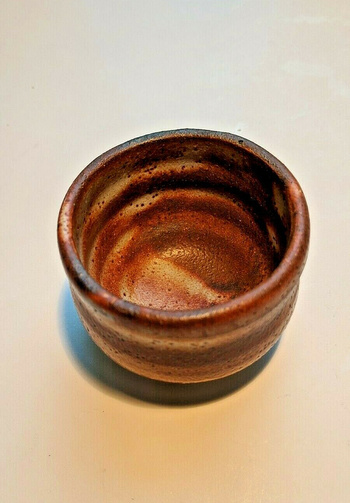 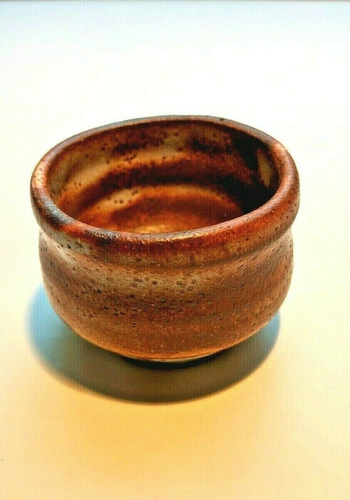 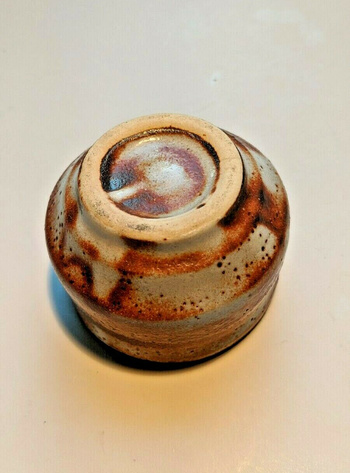 This cup (ochoko) is about 2.25" top diameter x 1.5" high and is unmarked. Maker unknown, origin unknown, but probably Japanese. A lot of effort went into making such a small piece so intricate. The person I got this from found it in a box in their attic while in the process of downsizing. Many of the items they encountered were from their parents who lived in the Far East in the late 1950s and their sister who lived in Japan in the mid-1970s. They were uncertain who the items they found belonged to, so this cup probably dates from the mid 1950s to the mid 1970s. One other, different cup was found in another box, which I will post later. The colors and glaze of this one are nice, it is hand made, well done and was just four dollars, so why not! It seems on the large side for a sake cup, but I think that is its intended purpose. Hope so, as I christened it with some Gekkeikan Nigori sake and it worked very well for that.

Also interesting is that they sold me a little pot that is nearly identical to the ink(?) pot I posted recently. It was a wedding gift from a Japanese couple who lived next door to a family member 15 years ago which may help to date it and my similar pot. It has lost all of its labels but I think it is by the same maker. I may post it or add an image of it to my other post.