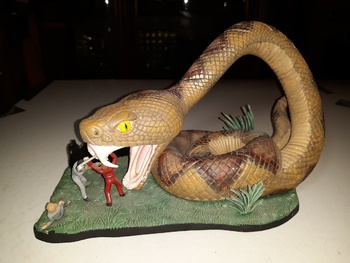 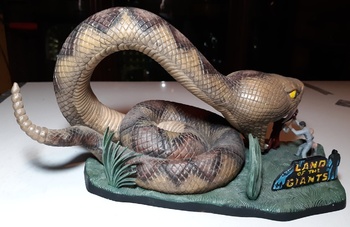 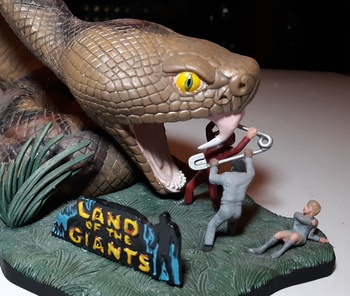 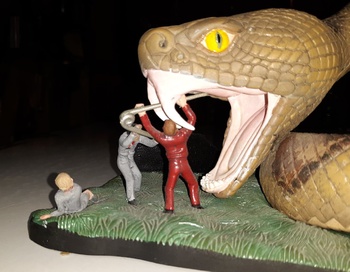 This is a remake by Polar Lights of the 1960s Aurora kit. It is of course the Land of the Giants kit generally called the Land the Giants Snake model. The main feature being a giant snake. Oddly enough this model would be life size if we were the giants.
It is a clever model as the stranded crewmembers struggle with a safety pin to fend off a rattlesnake. I am thinking good luck with that but on the show they would have gotten away with that. A snake that size would give most people a bit of a fright. It was an Irwin Allen show as were a few others of the 1960s. Shows like that would probably work better know with the improvement in special effects and perhaps writing. As it is a 60s show the woman has fallen down which is true to the show. Could have used better writing as I said before.
Got this model built-up and painted as seen. It was an excellent paint job, I do not think I could do better.
Got a couple more models to post before Halloween.