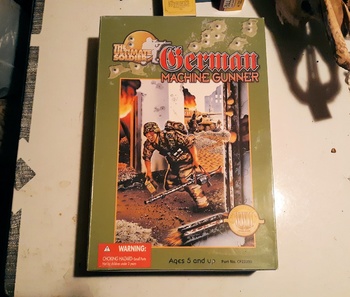 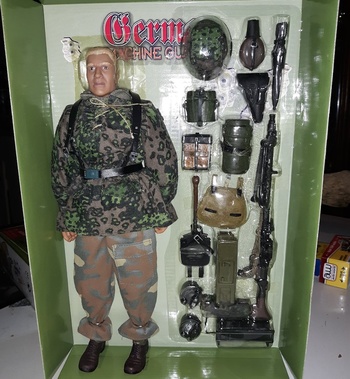 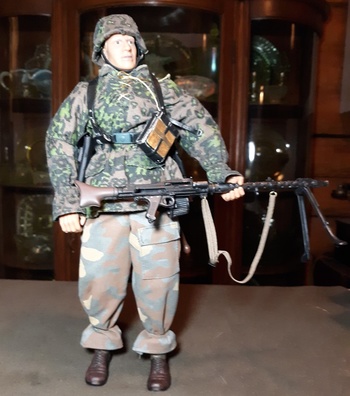 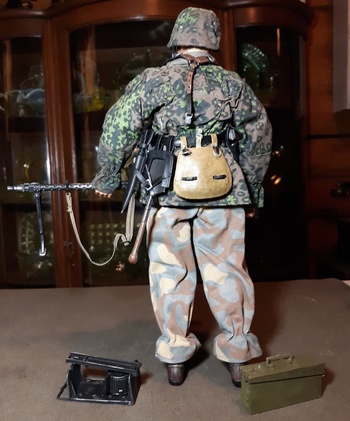 The machine gunner was the heart of the German Infantry platoon in WWII. The other soldiers mostly supported the machine gunners carrying ammunition and such. The machine gun used was the MG 34 aka Hitler's buzz saw. It was so good the US M60 is based on it and is still used today.
As we can see here this guy comes with a ton of accessories and this poor guy has to carry them. Luckily for him there are always a few I can't quite figure out how they go on. Looks like I got enough on for now. The US figures are a lot easier to put together. Hr is wearing a camo smock which is very nice but I think I will switch him to a more conventional German uniform so he will look uniform with my other Germans.
1/6 scale figures like these are called GI Joes by everyone except GI Joe collectors. I think we will just have to get over it and let people call them GI Joes.