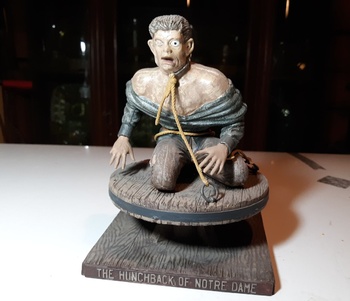 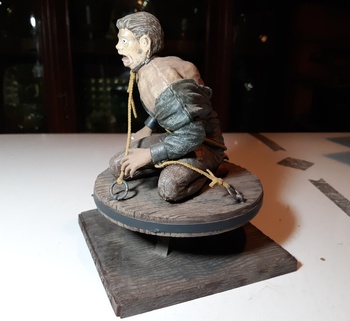 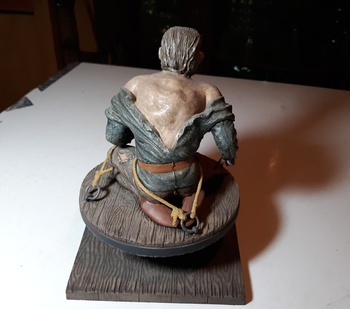 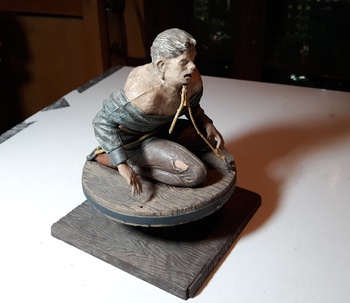 I believe this is a second generation kit from after the big four. The big four being Frankie, Dracula, Wolman and the Mummy. This was the next batch which included the Phantom of the Opera and the Creature of the Black Lagoon. Looks like this is the Lon Chaney version. Charles Laughton had a fake eye with the real eye covered to look more deformed.
The model was badly painted when I got it, had to strip the old paint as it was thick, lost a few details along the way but seemed to come out alight. I may have used some cement to cover the seems had I done it now. It is missing the rope and ring on its right side. But I have a donor model so perhaps I can replace the missing parts by next year.
The Hunchback is one of my favorite monster movies because the monster wins, he lives at least. Gets picked up the whole movie and turns out to be a superhero.
In the meantime we shall see what Halloween appropriate material I can come up with.