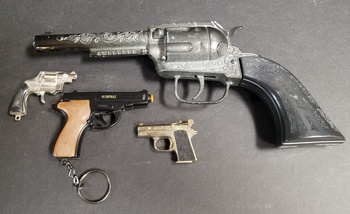 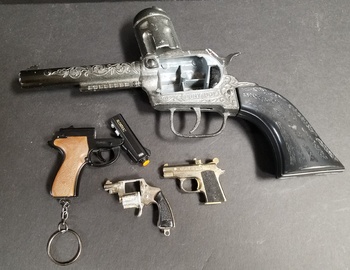 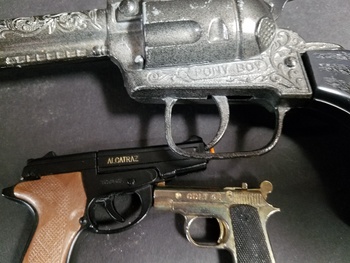 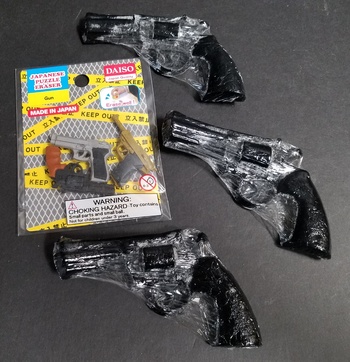 We also have some gun shaped erasers. And some revolver shaped soap.

Cap guns were originally made of cast iron, but after World War II were made of zinc alloy, and most newer models are made of plastic.

While many had their names patterned after a hero or heroine, many cap guns were also named with western-sounding names, like: "Stallion 45", "Pony", "Mustang", "Pioneer", "Cowboy", "Texan", "Colt 45", "Rodeo", and such.