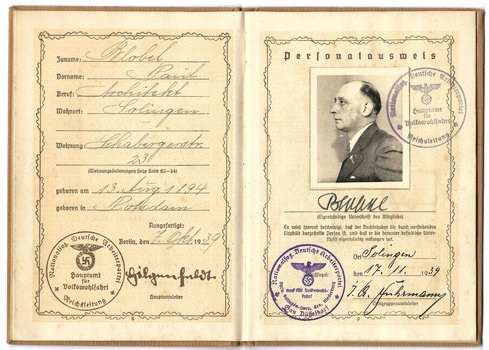 An shocking and important document related to WW2. An official German ID issued to high ranking SS war-criminal Paul Blobel who took part in the execution of over 33,000 Jews at the Bai Yar massacre in 1941. The document has his original applied photograph and signature bellow, kept in overall good condition. Document was issued at Solingen, Germany, in late 1939 by the Nazi Welfare Organization. Important Holocaust related material.