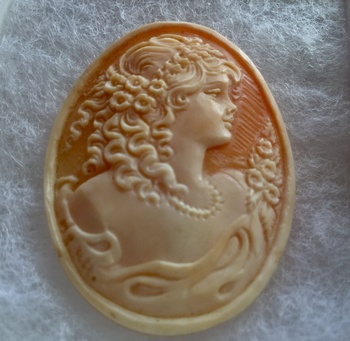 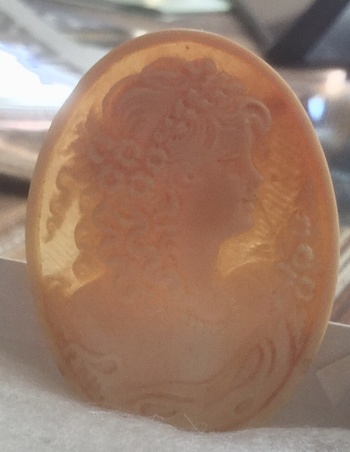 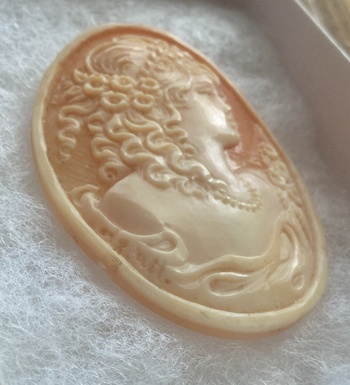 I got hooked on collecting cameos after my parent’s first trip to Italy and the cameo’s they bought for my Mom...that she explicitly told me I would never be able to look at, touch or borrow until she was dead. She’s going on 88 now, and she has stuck to her guns.

My cameo collection started when she and I went to Italy. One piece. Broke my souvenir budget and gold was cheap then. I was very fortunate in later years to pick up some beautiful ladies.

This one was recently bought unmounted. Evidently the man who owned it scrapped the gold. My opinion is he could have sold for more had he sold it with the cameo. Although she is of the modern era, she is adorable. She measures 1-3/4” x 1-5/16”. She is signed in the lower left corner near the folds.

Not in my budget as a retiree now to have her remounted into jewelry, so will be mounting her in a shadowbox.

Thank you everybody for looking.