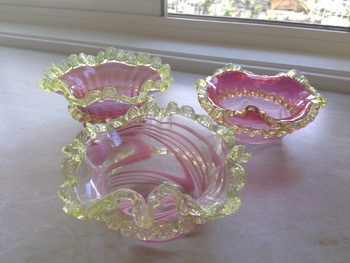 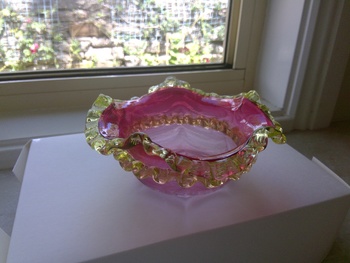 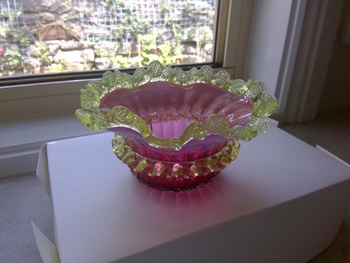 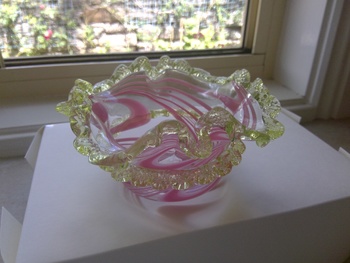 Victorian cranberry and vaseline jam dishes made in the last 15 years of the 19th century in England. They would have been put on the table for breakfast - obviously the marmalade and strawberry jam went well with the morning buttered toast and Times newspaper. They are missing their EPNS stands but still pass the eye test despite that. I have been collecting these for years for their color and design. All have polished pontils. I think that they were made by different glass makers in Stourbridge. Could be Stuart, Richardsons, Webb and S & W. Some could be Bohemian. They exported many articles for the British market. The second photo has one with threading - was this exclusively an English technique?

Collection of Decorative Isle of Wi...
$22