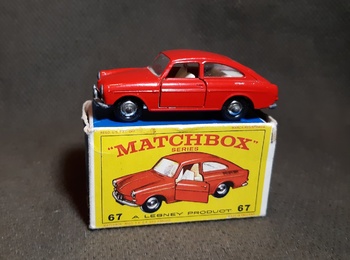 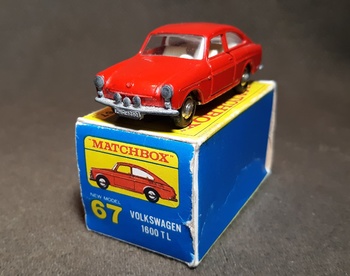 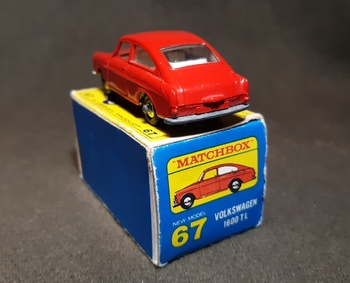 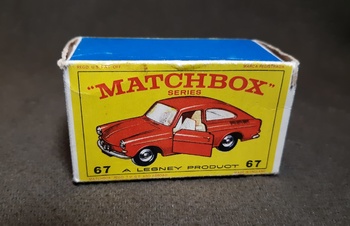 New improved version as now my Volkswagen Fastback now has a box. This is an E style box which was used in 1967 and 1968 for this model. The end flap is the E4 style so that narrows it down to 1968. Having the boa for a Matchbox is nice as it is in the name.
The actual name of the car would be the Volkswagen 1600 TL but in the US it was called the fastback. That is an informal name. This along with the station wagon and the van we3re really just the Beetle with a few modifications.
This model has a few extra lights on the front and was sold in the Race and Rally gift set with a roof rack also. It would probably not be a high speed race.