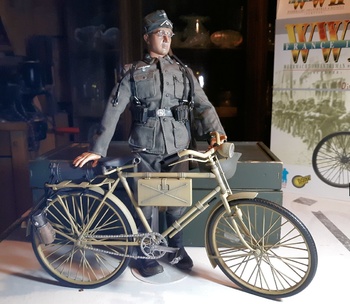 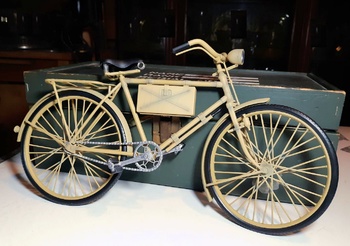 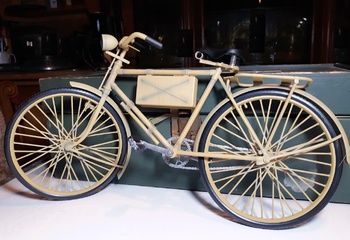 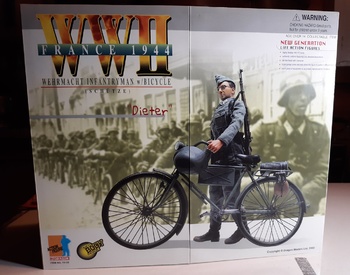 Long title there but this is basically a German Infantryman with a bicycle. This was the western front 1944. Contrary to popular belief the Germans did not have superior technology. Yes they has the Me 262 and the V2 rockets but those weren't really viable weapon systems. The typical German soldier couldn't drive a car. It was 3 out of 20 I believe thus bicycles and horses were a major source of transpiration. That and a lack of fuel. Thus we have Dieter and his bicycle.
Dieter seems to be a messenger as he has a case for carrying messages. Although judging by the photographs on the box there were large numbers of bicycle troops.
This post is focusing on the bicycle. It has fantastic detail. There is a generator for the headlight on the front wheel. There is a handbrake. There are valve stems with caps. Plus the spokes and more.
Dieter is worth another post as this a complex set. Plus he has cool wire rim glasses.