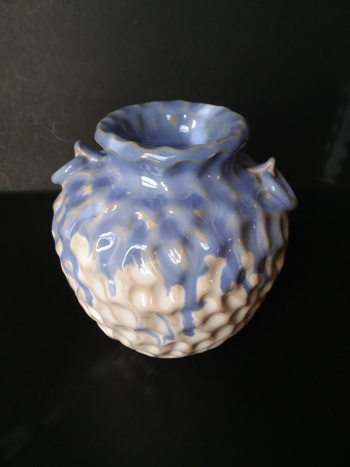 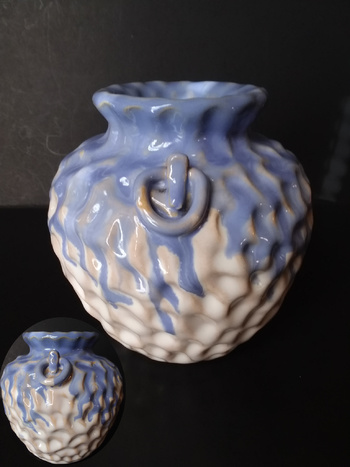 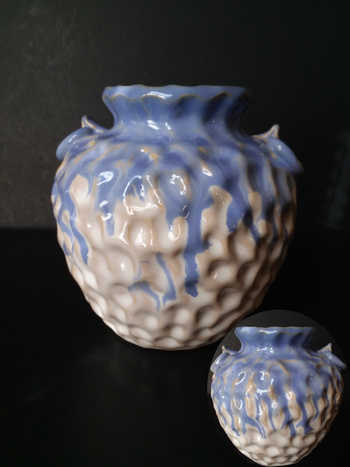 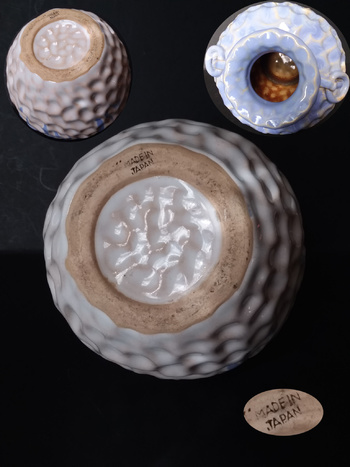 This vase is about 6" high x 6" in diameter and marked "Made in Japan" on the bottom. It has fake rings and an exterior blue and tan drip glaze. The interior is mostly brown/tan. I call it a thumbprint vase, though others call these "dimple" vases. I found one other example of this vase on Pinterest with the same colors of drip glaze, but a different thumbprint pattern, more organized, so I think these are, or were, hand made for export from Japan. Guessing 1950s to 1970s, but that is just a guess.

One thing that I really like about Japanese pottery is that it is possible to find uniquely designed, high quality pottery dating to the early, mid and late 20th century for pennies. The texture of this vase makes it very interesting to handle. This vase cost $7.

As with much of this pottery, however, it is nearly impossible to identify the kiln that made it.