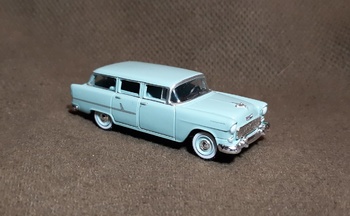 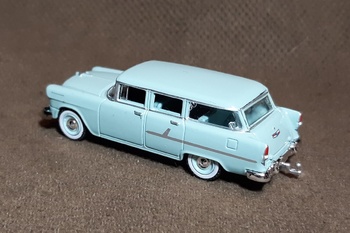 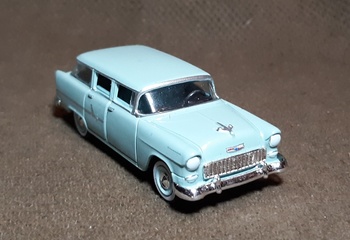 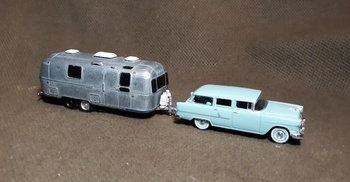 Note quite the Nomad I like this one just as much. 4 door cars are not as popular as they are not considered sporty but most cars tend to be mundane. A lot of the mundane cars end up being cooler than the cars meant to be cool.
This looks a lot a like the Bel Air but I am not exactly sure what the difference is. There were 2 door versions of the Tw0-Ten but I don't think there are 4 door versions . Also this doesn't have the thise lines that go across the back of the roof like the Nomad.
Enough of all that as this is a very well detailed model. You can even see where the gas cap cover is. Plus check out the Chevrolet Emblem in the front. Also note the distinctive 55 grille. Looks just like a Bel Air.
One of the best features is the realistic ball type trailer hitch. It is perfect for pulling an Airstream trailer.