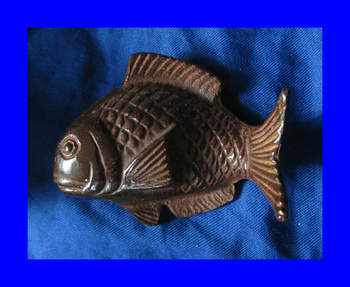 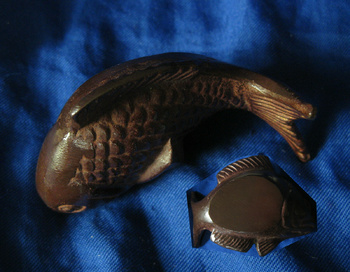 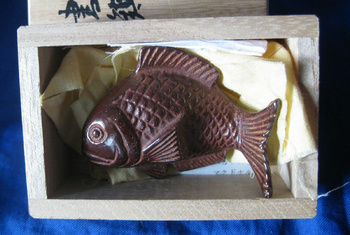 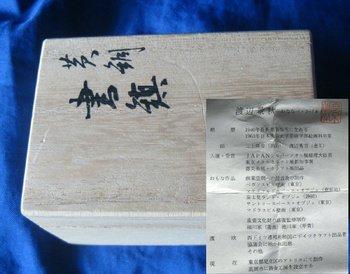 This cast iron okimono of a fish is about 2.25" long, x 2" wide x 1" high. I liked it so much that I bought three! They came with a tomobako (wooden box), ukon-fu (turmeric cloth) and some literature when they were purchased in the early 1990s. The okimono are not signed but the tomobakos are signed and stamped. The finish on the okimono is a bit rough and I don't know if that was intentional or not. They are remarkably heavy for their diminutive size and slippery to boot and I have dropped one of them twice, but onto carpet both times, so no damage was done.

An artist's biography is included in the tomobako, but my the translation tool garbled it so I had to try to sort it out. Not sure how accurate my translation is. I could find nothing about this artist who was born in 1940, so would be around 80 years old if still living. There is another active artist named Kei Watanabe, but he seems much too young to be this artist, and is not a metal smith. There was a metal smith named Keishu Watanabe who was affiliated with a Takaoka foundry.

These pieces came from the possessions of a professor who was in Japan in the early 1990s and is another piece I purchased from his estate. Actually, he had three of these, so I bought all three. He apparently had a side business in selling items he hand selected from Japan but these are the only things that he had more than one of.

I could not find out much about this artist, even though a biography was included with one of them. Artist biography included in tomobako:

Guessing his small works are fairly rare since his biography mentions only large works. 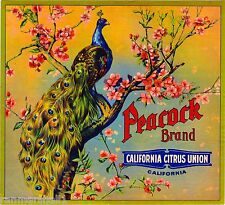 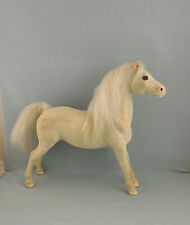