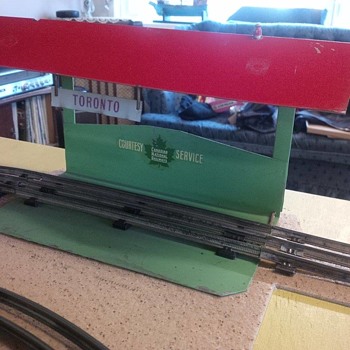 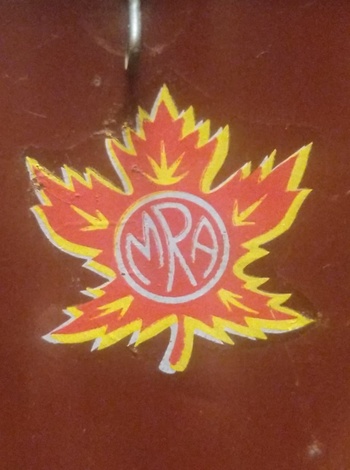 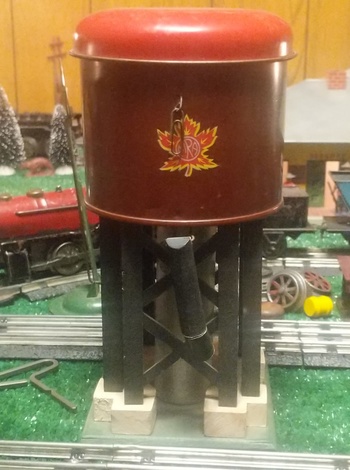 The first picture is from the French 1950 Eatons winter Catalogue. It shows the passenger platform marked "Toronto" with a couple other accessories made by Hornby.(crane signal tunnel) The second picture is a variation on the platform but maintains the paint colors of green with red roof. and the CN maple leaf logo which reads "Canadian National Railway" with its motto "comfort service"
if not an officially sanctioned CN logo a very close approximation.
The third photo shows the Manufacturers Logo which while similar to the CNR logo instead has the "MRA" Logo for "Model Railroad Accessories"
These items were distributed Nationally by at least Eatons and maybe other Canadian stores and turn up from Coast to coast in small number but sometimes together with similar items. Please let me know if you know anything about these items.
Thanks
Lee