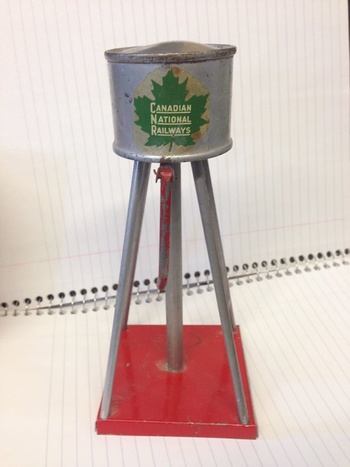 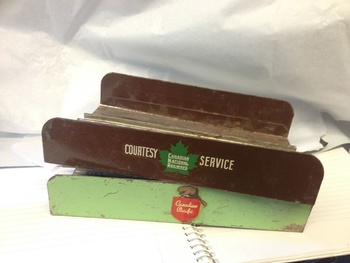 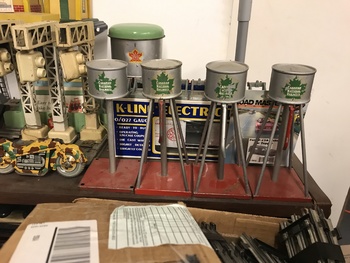 These items were mass produced and distributed Nationally in postwar Canada.
They all seem to be made from "found" material as the larger green body water tower is made from what looks like a small coffee can with lid while the smaller water tower in the first picture is made from what can be best described as a "Sterno can" turned upside down with legs added and formed tin red base. The legs look like they could be made from brake lines.
The second picture shows the bridges which have shown up in a number of collections across Canada and are made from steel sheet aprox. 1/16th of an inch thick and the paint being applied to unprimered surface which makes the finiah fragile and especially so for the Brown CNR bridge.
The third picture shows my collection of "Sterno Can" water towers which are all in "As found" condition unrestored. As you can see with four I have enough but could have easily acquired several more as they come up on Ebay occasionally as far afield as France.