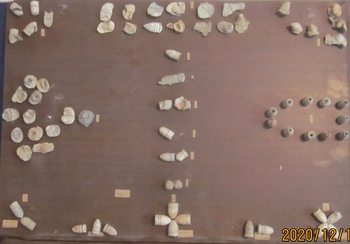 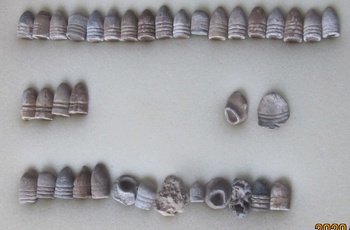 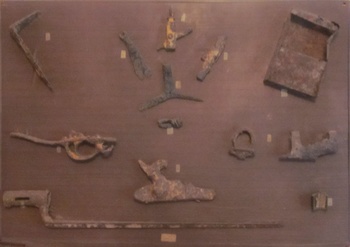 OK, these I purchased for my collection at an auction at a Museum of Farm Implements when it was closing in 2014.
This was located near a Civil War battlefield, and they also included some local found war relics from the area, and
also some rare old soda bottles once made in the area. Two of those bottles went for big numbers.
I got these relics, which were attached to the boards with metal wires.
Also I got the loose bullets that were located on the museum-dairy land from the period between about 1960, and 2014.
I purchased those in small plastic bags. The bullets consist of 3-4 Reb bullets, and the rest are Union bullets.
The owner came out on his walker, and told us where he got these war relics.