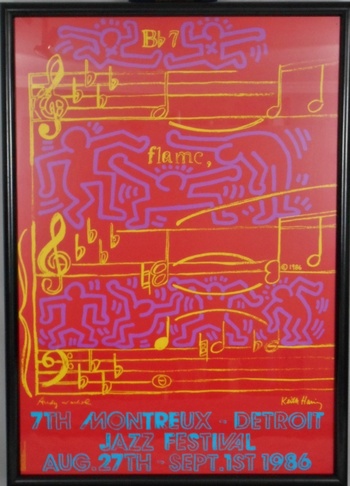 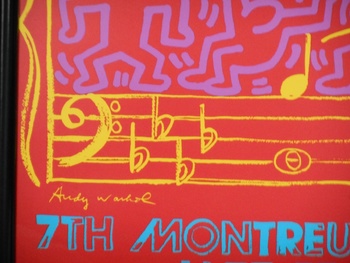 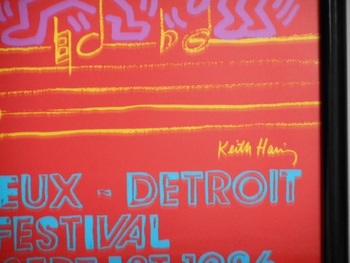 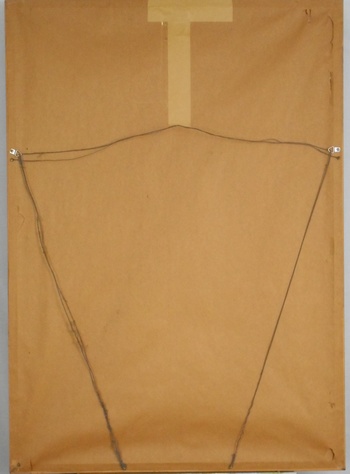 Here was another rare score at a local estate sale in a quaint little Pinellas County town named Gulfport. It was a very Old Florida, southern style house that was on the historical registry, with a bronze plaque at the entry and everything. It was the type of place that would have been occupied by a millionaire a hundred years ago, and judging from the sampling of photos of the collection in the estate, was again recently. Surprisingly, the rest of the art collection of the estate was not as impressive as their antiques. Lots of nice decorative contemporary work, but I was disappointed not to see more collectible oil paintings, and mostly prints. Often, when you ask the estate liquidator or heirs where the oil paintings are in a sale, you discover what hasn't been divvied among the family were the first to go directly to auction.

This was another great example where it absolutely pays to get in line early. What a line it was! I had driven quite a distance, and was so frustrated to have gotten lost again trusting Google Maps, and knowing I was within a block of the address, yet driving in circles for a half hour. Ugh. I had major anxiety thinking there was no way I was going to beat other art dealers to this, the only piece in the sale I was absolutely certain I must have if I could only get it for under $100. Even though I was only fifteen minutes early in the end, the line was already down the porch to the walkway. I was fortunate to be maybe the twentieth person in line, just barely made it on the porch - the winner's circle! Behind me wound the rest of the line, snaking around the block by the time the door opened ten minutes later.

My radar was buzzing once in the door, and I immediately cut through the living room, hurrying past a throng to find this piece, grabbing it off the wall, and lugging it around the rest of the sale with me. I couldn't believe it was still hanging there. It's a pretty big beast at 29.5" x 41.25", and heavy - that's no cheap plexiglass. Notice how nicely it is framed (and clean, free of wear or aging, this could not have hung in the direct line of window light). It is uncommon to see a framing job which goes to the extra step of crossing over the hanging wire to distribute the weight by doubling-up the hanging. I mended the torn backing paper (savvy family members and estate liquidators all know to check for stashed cash in there before resale) with some getting-harder-to-find paper tape I always make sure to have on hand.

It cost me $45. I did halfheartedly have it at one point offered up for sale, had tried it on eBay a couple years ago, but have long since taken it off the market. I had always kept my asking price set to the actual market on these, not the starting point where it generates more serious buyers, just a lot of watchers. I have had offers from a past auction house customer for up to $200. What she didn't know is that I remembered her. She had very little knowledge of art, was just your average picker with a thrift store and an eBay page. She had come to my moving sale while I was advertising this along with lesser works, and I doubt she still realized I recognized her. She low-balled me on other stuff, too, no harm done. But I just wouldn't let go of it for less than I know it's worth, it makes too great of a statement in my office to part with it for such a modest investment I have into it. And now it can be part of my estate some day.

I am not even much of a Jazz aficionado. I would have been eleven when this concert happened. But I am a huge Warhol buff, having read many a book on him, including a fantastic Viktor Bokriss biography, as well as Andy's own "The Philosophy of Andy Warhol (From A to B and Back Again)." And, of course, I love Keith Haring's figures, plus you can't beat these killer high contrast colors - so 80s! When my mother visited, she asked "But is it even an original Warhol?" The answer, in this case, is it kind of doesn't matter at this level. It's not "signed" per say, in the way hobbyist art collectors might oversimplify in looking for only pencil signed and numbered originals, but you can say it is signed "in plate." Many people may not realize Warhol got his start in graphic design, and even called himself a "Business Artist." His quote, from his book of philosophy, was "I started as a commercial artist, and I want to finish as a business artist." This genre of his work is a way to own a limited edition Warhol AND Haring serigraph (a.k.a. silkscreen) for a fraction of the cost of the authenticated, more creative pieces thought of as fine art. Even his most valuable, most famous portraits of celebrities, though, were commissions for hundreds of thousands, to millions of dollars, often hand painted in combination with printmaking processes, then later mass produced in serigraph. Consider how unlikely it would be that the festival would need hundreds of thousands of mass produced advertising posters at this scale, and it becomes apparent how much less of an "open edition" this would be.

Incidentally, at that same sale, I found an inexpensively framed reprint of one of Matisse's Blue Nudes for $10, the type of thing you would get at a museum shop for $25, and take to Michael's for a cheap aluminum frame. It was just sitting on the floor, among a stack of lesser prints. I immediately flipped that, for $50, in the St. Pete antique mall showcase I rent.