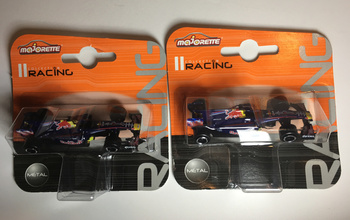 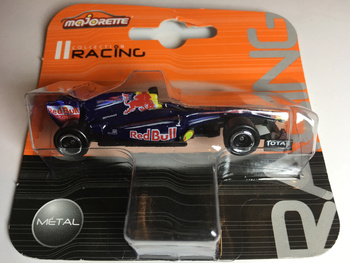 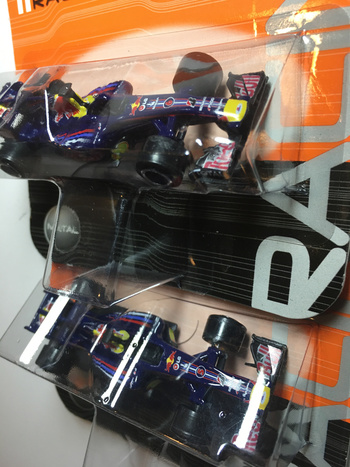 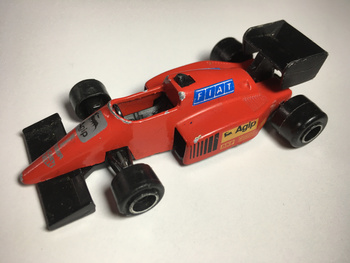 Majorette Red Bull RB6 2010 No. 282B (1/64 scale). These two cars appear identical except for the tiny driver number decals on the nose. I looked through a pile of these and was lucky to find both 2010 teammates, Sebastian Vettel No.5 (Majorette 7/11) and Mark Webber No.6 (Majorette 8/11). This was the year Vettel won his first World Championship (and became the youngest F1 champion ever) with Webber finishing 2nd. It was also the first Constructor's Championship for the Red Bull team. Bonus pic, a Majorette Ferrari F1/86 No. 282 (1/55 scale). This particular one with the the silver Agip decal and No.1 on the nose was produced between 1992-1996.